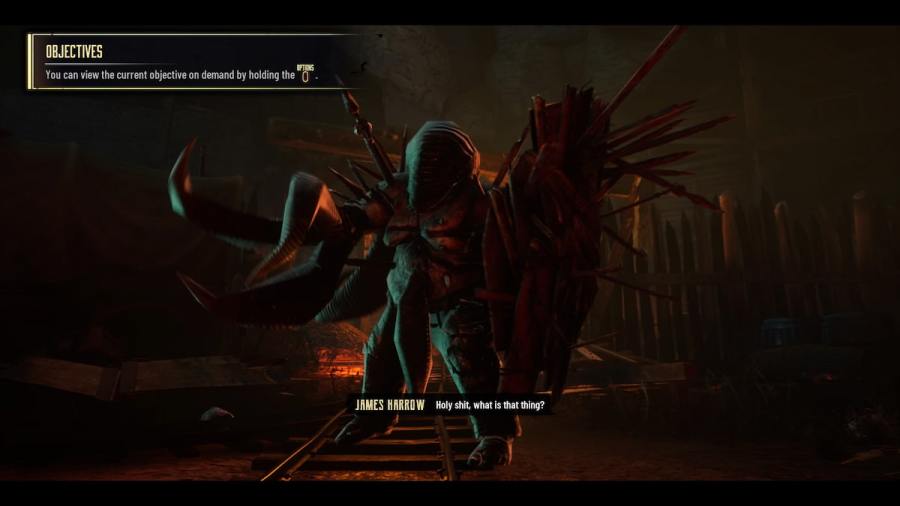 Evil West pits a tough-talking cowboy gunslinger against the powerful forces of the undead. As Jessie Rentier, you'll have to battle werewolves, vampires, demons, and much more to save the frontier. One of the earliest reoccurring bosses is a massive beast called the Leecher, who uses a shield to defend himself. He's strong and deadly, but once you learn the tricks, you can take him down.

Beating the Leecher in Evil West

The Leecher is essentially a much larger version of the standard Infected Vessel enemy. The lore describes it as a vessel for the vampire's transformative elixir that grows to massive size to keep its parasitic hosts alive. It's introduced early into the fourth mission, just after you receive the Rentier Boomstick.

The Leecher uses a massive shield to defend itself from attacks. You cannot shoot or punch it from the front while it has its shield out. You can fight it from a distance by evading its charge attack and shooting it in the back. This would be even easier in co-op, as one player can draw the beast's attention while the other shoots. However, to deal some real damage, you should break its shield.

To break the Leecher's shield, hit it with melee attacks. It'll begin to glow blue as it takes damage. The most effective way to destroy the shield is with the Boomstick. Land a couple of melee attacks on the shield to soften it, then blast it away with the shotgun. After its shield is destroyed, you're free to start attacking.

The Leecher can be electrocuted only by countering one of its unshielded melee attacks or with the Crippling Rod. You'll encounter the beast on multiple levels, so it'll get easier each time. In later encounters, use the Crippling Rod shortly after destroying its shield to get some free damage from the electrocution combo.

The Leecher deals a lot of damage and attacks pretty fast, but its attacks can be avoided, and its shield can be broken. Just wail on the shield whenever possible, use the Boomstick liberally, and dodge its big swings to destroy this hulking monster.

For more information on Evil West, check out How to play co-op online with friends in Evil West and Is Evil West coming to consoles? on Pro Game Guides.