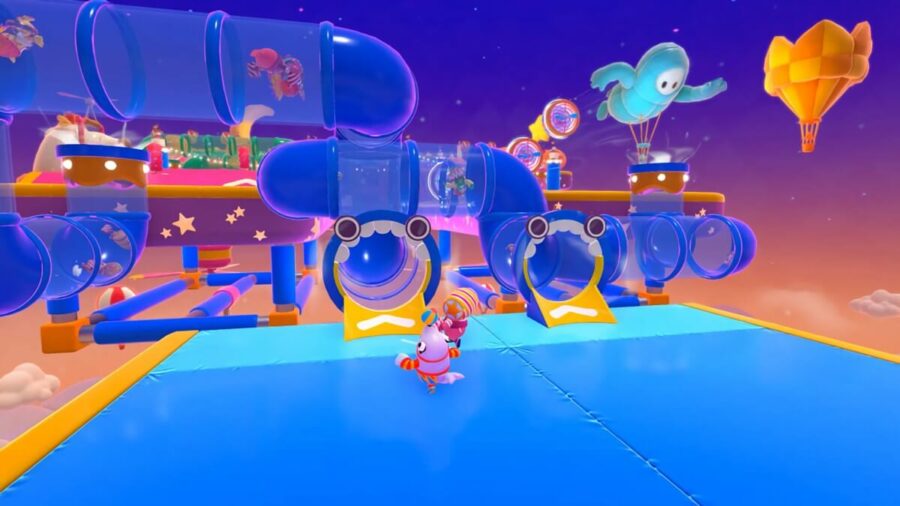 Fortnite has been well known for its numerous collaborations with brands, other games, and even celebrities. This means it is not hard to imagine that the cartoonish, physics-defying game Fall Guys could be next on the docket.

Popular Fornite information leaker, Hypex, has stated that they believe that a Fornite and Fall Guys collaboration could be coming in the next week or two. To bolster their argument, they further point out that Fall Guys and Epic Games have promotional periods and big announcements scheduled within a couple of days of each other. Hypex has a fair reputation, especially as far as leakers go. It is possible that their prediction could come true.

Related: Fortnite: How to call an Airstrike

Some fans find that there is not enough evidence to support this rumor, and are planning to simply wait for more information to surface. Those who are more inclined to believe the rumor are having mixed reactions on whether or not they support this potential crossover. It seems unclear how popular or unpopular this decision would ultimately be for both Fall Guys and Epic Games.

Want to read more about Fall Guys? If so, check out Is Golden Glizzy coming back to Fall Guys? on Pro Game Guides.

Is the Fall Guys franchise coming to Fortnite?