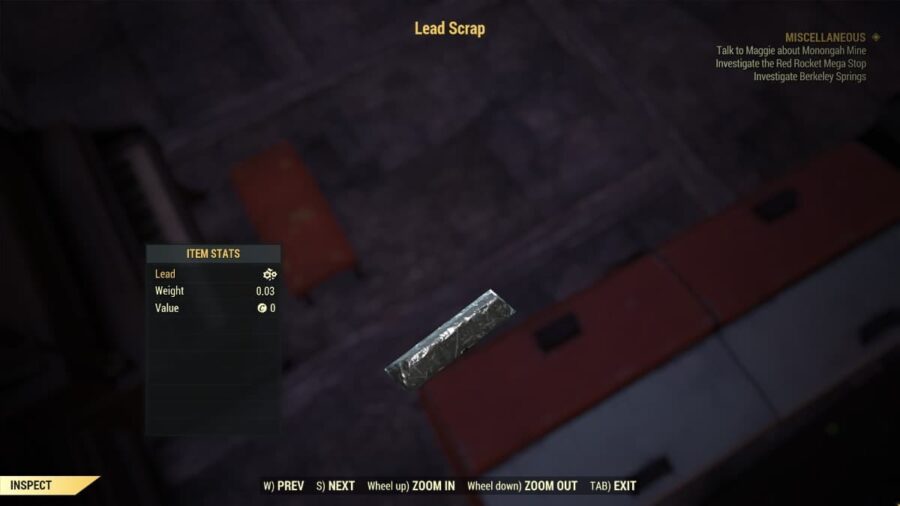 If you plan on crafting ammunition for ballistic weapons such as assault rifles and shotguns, you will need a steady supply of lead. You can get lead really quickly by scraping down weights and even mining it in specific locations. That being said, we recommend checking the following locations in the game to farm lead.

Overall, farming lead is not tricky, you just need to know what to look for. So in short, you will primarily want to farm items called weights in-game. Weights can be found very commonly inside gym areas, and when scraped down, will reward the most amount of lead with often seven lead per item numbers.

So it's highly profitable to farm them for that reason alone; however, you can also gather a decent amount of lead from paint cans. You can find various paint cans in the game, starting from Lewis And Sons Farming Supply and down on our list.

Related: Fallout 76 Assaultron Locations – Where to find them?

But even that is not the extent of where you can get lead, as you can also farm it from both workshops and lead veins. For example, you can find a really decent lead vein that you can put an extractor on top of if you build a camp in the location shown below.

Doing so will reward you with a steady supply of 14 lead every so often, so we highly recommend claiming this spot if it hasn't been already on your server.

Workshop-wise, there are a few locations where you farm lead via extractors, such as Berkeley Sands West and the Converted Munitions Factory to the north. We recommend claiming one of the said locations so that you can farm lead on top of the extractor at your camp.