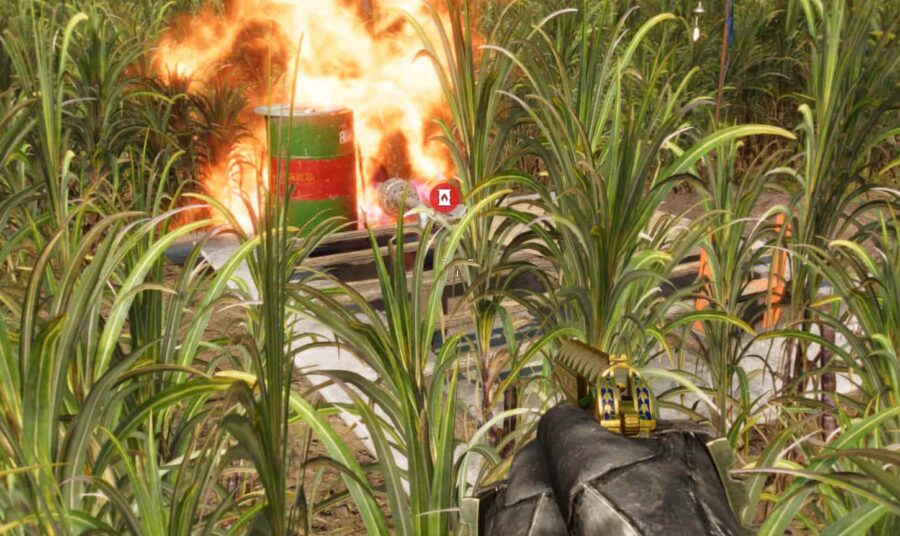 In the main story mission in Far Cry 6, called The Deported, you have to make an important decision, what to do with Mckay. You can either shoot him or leave the guy alone and head back to shore. Your choice doesn't change the game in any way or form. It only changes the reward to get at the end of the quest.

There are two outcomes to this scenario, but there is a middle ground solution, but it still ends up as one of the two primary outcomes—it just makes you feel better.

If you want to shoot Mckay, you acquire a piece of wrist gear at the missions end. The gear is called "Canadian, Eh?" and has a unique effect called Poison Money. Every time you kill an enemy with poison, you get Pesos.

This is a missable item. If you want to collect everything you can, you have to shoot Mckay to obtain it. There is no other way to do so. Yet, this armor is not tied to anything else, trophies/achievement wise, so overall it's not that important.

Upon shooting Mckay and heading back to sure, Yelena will be happier with this outcome, but nothing changes. You are not locked out of missions or anything of the sort.

If you let Mckay live, you get 5000 Pesos for your trouble at the end of the story mission, but in doing so, Yelena is mad at you. She's extremely suspicious of you, of how Mckay gets away from the best guerilla of Libertad, yet it doesn't change anything story-related. You're not locked out of quests or anything. Mckay will never be seen again in the story, so he's practically dead in a sense.

Shoot Mckay in the Leg

This is purely for satisfaction reasons. If you shoot Mckay in the leg, he'll fall to the ground in absolute agony, but he's still alive, and the outcome results in letting him live to get the 5000 Pesos. If you want the Pesos, just shoot him in the leg. You get the money and some satisfaction to boot.

Overall, the choice is purely based on what reward you like the most. Both are pretty lackluster. The wrist gear is unique but depends entirely on your playstyle. If you never use poison, it's worthless, but it's still technically a collectible, and Pesos is not hard to acquire in the game. The choice is yours.

For more Far Cry 6 guides, ProGameGuides has you covered!