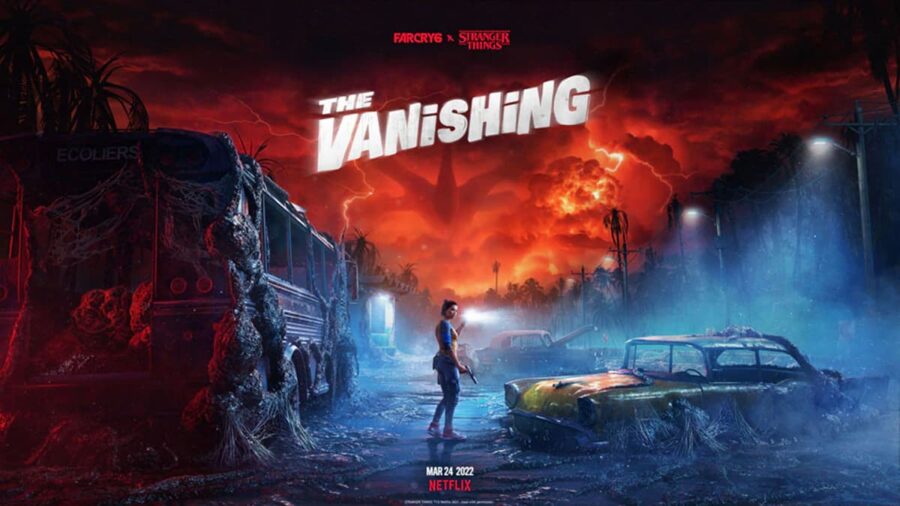 Ubisoft has announced a Free Weekend for Far Cry 6. Players can download and play Far Cry 6 from March 24-27. The Free Weekend content will include the full game and the upcoming Stranger Things crossover.

Ubisoft announced the preload times on the Far Cry 6 official Twitter page today. The graphic posted to Twitter shows three regions with their preload times detailed below. Fans located in the Americas can preload the Free Weekend download on March 22 at 12pm PT / 3pm ET. Downloading the Free Weekend early means that players can take full advantage of the event and get as much play-time in the game as possible.

Related: How to get Pesos fast in Far Cry 6

The Far Cry 6 and Stranger Things crossover content is titled The Vanishing. This crossover adds a new mission to the game that contains many easter eggs and references to the Netflix series. In the mission, players will be tasked with discovering what happened to Chorizo, the loyal wheelchaired dog that becomes a companion to players early in the game.

The Far Cry 6 Free Weekend will be available for players on all consoles where the game is playable. Xbox One, Xbox Series S|X, PlayStation 4, PlayStation 5, and PC (through the Epic Games Store and Ubisoft Store). The game and its DLCs are also available for Stadia and Amazon Luna players who have a Ubisoft+ account.