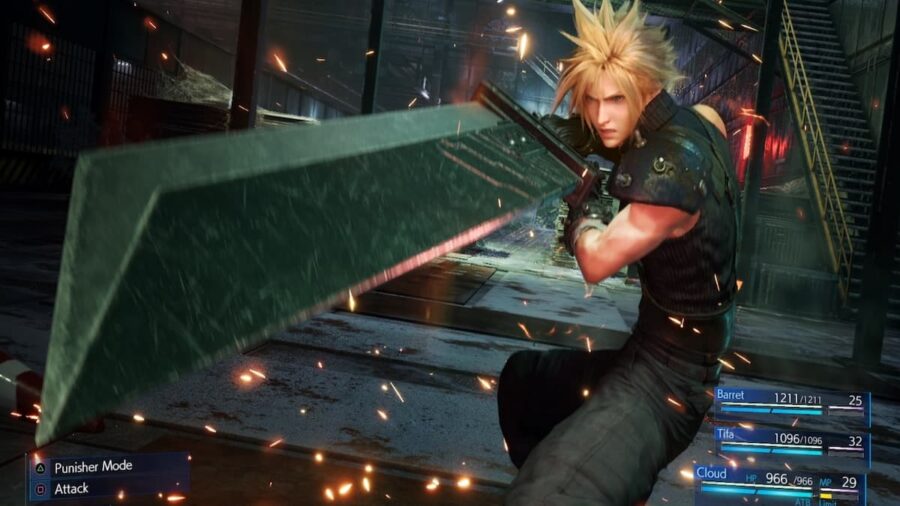 Cloud and his companions all have very diverse combat backgrounds in the original Final Fantasy VII, and as such, each character prefers to use a particular type of weapon to complement their fighting style. Designing the characters this way allowed the developers to create and include a wide assortment of weapons for the characters to wield—there are over 80 different weapons, with each one having a unique appearance.

Final Fantasy VII Remake Intergrade seems to plan on following a similar trend, as there are already 31 weapons available for players to try out. Cloud, Barret, Tifa, and Aerith each have access to six weapons, while Yuffie has four different weapons to choose from, and Sonon has three. It can be a bit tough to find all of them, though, since quite a few are hidden away in specific shops or treasure chests. So, to help, we've put together a list of all weapon locations in Final Fantasy VII Remake Intergrade.

During his time as a Soldier, Cloud was the subject of many experimental procedures conducted by Professor Hojo. These experiments involved infusing Cloud's body with Mako, among other things, to grant him superhuman strength. Cloud can wield gigantic broadswords due to this, easily cleaving his enemies in two.

The weapons available to Cloud are:

Barret lost his right arm during an incident in his past, eventually replacing it with a prosthetic limb capable of using multiple gun attachments. While most of the gun attachments fire long-range projectiles, such as bullets or lasers, a couple of unique guns focus on Barret using physical attacks to crush his enemies. The weapons available to Barret are:

Tifa prefers to use her fists and martial arts in combat, nimbly weaving around enemies to deliver earth-shattering punches. Various gloves can be equipped to augment Tifa's physical and magical capabilities, turning her into a destructive powerhouse on the battlefield. The weapons available to Tifa are:

Similar to mages, Aerith uses a staff to channel her magical abilities. She is connected to the Lifestream due to being a descendent of the Ancients, allowing her access to a wide range of powerful spells. The staffs available to Aerith are:

Yuffie wields throwing weapons in battle, relying on her training as a ninja to strike targets down from a distance. Yuffie can also use these weapons proficiently in close-quarters combat, giving her a deadly and versatile edge against opponents. The weapons available to Yuffie are:

Sonon's weapon of choice is the staff, combining it with his martial arts prowess to assist Yuffie in battle. With the aid of his staff, Sonon can launch Yuffie skyward for surprise aerial attacks, then follow up by unleashing his own hard-hitting and stylish combos on enemies. The weapons available to Sonon are: