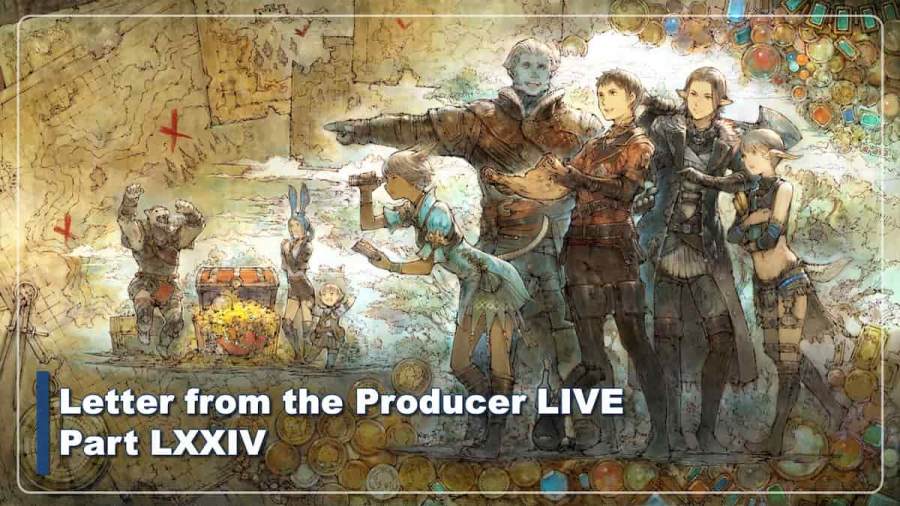 On November 11, 2022, Final Fantasy XIV Letter from the Producer LIVE part LXXIV aired on the official Final Fantasy XIV YouTube, giving us an insight into what to expect from FFXIV patch 6.3. For two hours, game director and producer Naoki Yoshida updated fans on exactly how the next few months of FFXIV would play out. Here’s a summary of what was said.

The Live Letter started around 30 minutes before it was scheduled, with a brief preamble and catchup with Naoki Yoshida and Toshio “Foxclon” Murouchi. The pair chatted for around 15 minutes before the waiting screen returned. When they returned, they talked about how major of an update Part 1 of the 6.3 patch would be.

The patch name was revealed Gods Revel, Lands Tremble, and is scheduled for an early January 2023 release

After discussing the upcoming content, Yoshida and Foxclon talked about a number of Job Adjustments for patch 6.3. These would apparently be focused on both PvP and PvE, with the idea of bringing some less-played jobs into rotation again for high-end content. They didn’t add many details beyond this.

To take a break after a near hour of reveals, the LiveLetter dropped a trailer for the Sanctuary's Heart: FINAL FANTASY XIV Chill Arrangement Album, which had been released earlier in the day. The Live Letter directed players to the Square Enix Music YouTube, where some additional arrangements would be released later this month.

After the break, the Live Letter continued with Yoshida and Foxclon going into more detail about some of the upcoming features. But before that, Yoshida showed off one of the new potential Final Fantasy jackets, this time a Hydalyn and Zodiark-themed jacket. It was reversible, showing that it could tell the story of Zodiark’s defeat by turning it inside out.

Next it was revealed there would be some Tool Enhancement Quests for patch 6.35. This would likely be similar to the relic tools from the Skysteel quests last expansion. It was seemingly based around The First, taking crafters and gatherers back to the setting of Shadowbringers to help them repair.

Proving the Island Sanctuary isn’t a one-and-done piece of content, the area will receive new updates next patch.

Related: How to get rid of your sprout in FFXIV

A huge number of small updates and general additions are planned according to the Live Letter. Some of these are Quality of Life changes, while others have huge implications for players.