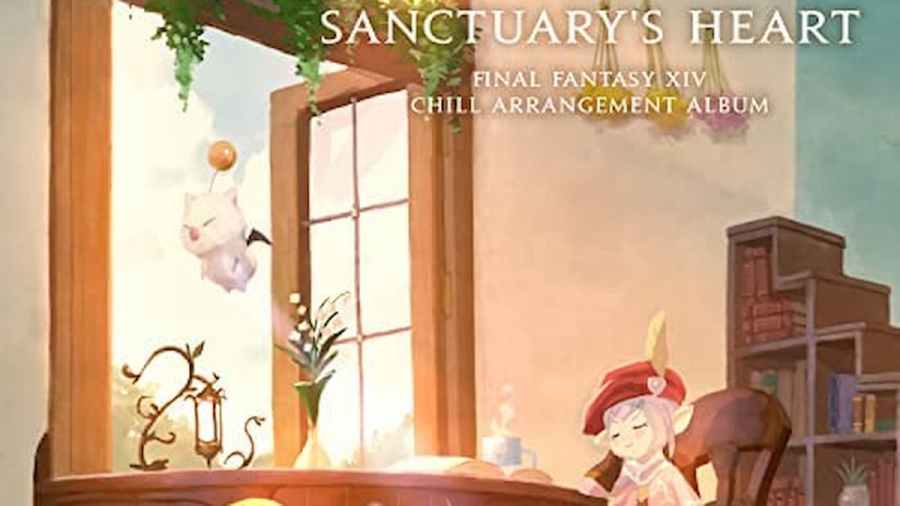 While most of the Final Fantasy XIV community was quietly sleeping, eagerly awaiting news of patch 6.3 from the latest Live Letter, Square Enix took it upon themselves to drop a surprise album. Sanctuary's Heart: FINAL FANTASY XIV Chill Arrangement Album released at around November 10, 20:00 PT, with a brief announcement post on the game’s official Lodestone site.

The album, featuring 20 songs by FFXIV composer Masayoshi Soken, also contains arrangements from producers such as MURO, DJ UPPERCUT, VaVa, doooo, grooveman Spot, JJJ, starRo, and DJ Mitsu the Beats. Many of these are quite prominent lofi hip-hop producers in the Japanese scene.

Overall, the 20-song album combines some familiar, unchanged relaxing songs from FFXIV, as well as some remixes and reimaginings to turn classic Final Fantasy 14 BGMs into lofi chill-hop beats.

It’s a great mashup. There’s a lot of parts of FFXIV that are perfect for lofi music, from the gathering and crafting, to the exploring and general existing within the world of Eorzea that many enjoy. There’s plenty of existing lofi remixes available on YouTube, so it makes sense for Square Enix to grab an official piece of the pie with these lofi arrangements.

Each of the 20 songs featured in the arrangement album will also be featured as “DJMIX” versions. These remixes by music producer and DJ tofubeats will be accompanied by animated videos by animator and illustrator Oswaldo KATO.

The DJMIX versions will be available through the official SQUARE ENIX MUSIC Channel via YouTube Premiere on Wednesday, November 23. Meanwhile, the album itself is available on the iTunes Store and Amazon Music. Enjoy the lofi beats!

For more Final Fantasy XIV news, guides, and info, check out How to get rid of your sprout in FFXIV on Pro Game Guides.