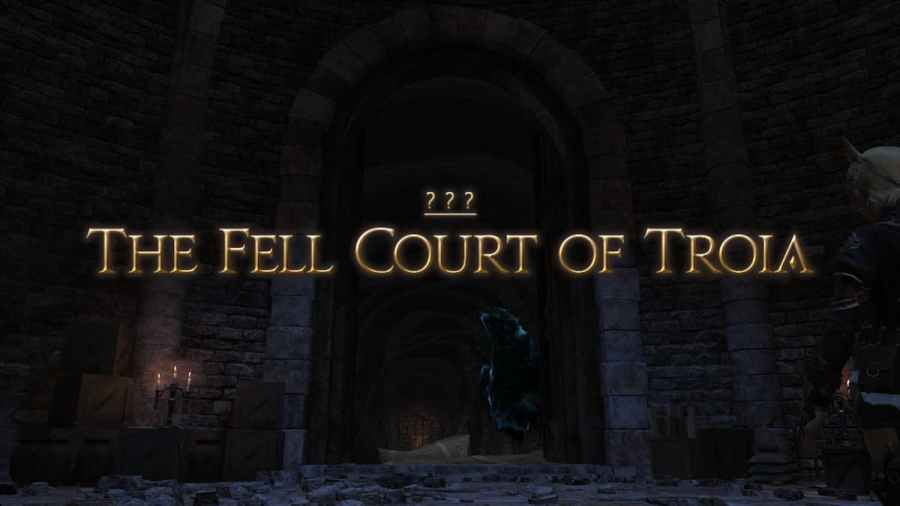 This is a simple pull for the first section. The enemies' numbers are as follows:

You can pull this all together with minimal mitigation and healing.

Boss one is a pretty simple Gauntlet Boss. You’ll need to burn down waves of enemies while avoiding AoE attacks.

Once you’ve killed the large head, the fight is over.

Another short mob section with a repeating pattern of enemies. Again this is super easy to tank both groups before a wall. You should be wall-to-wall pulling this section.

The second boss is Beatrics, a demonic helper of the Fell Court. She starts with a fairly simple Turn Away mechanic called Eye of Troia. Next, you will need to follow the order of the lines she draws on the floor. They will explode in turn, damaging you. Then keep your eyes out for the following mechanics

After seeing all these mechanics, they’ll repeat until you’ve killed the boss.

Scarmiglione will start with a raid-wide that inflicts an 11-second bleed. Counter with regen and healing. The next four sets of AoEs called Rotten Rampage will appear. Avoid them, and avoid stacks of Brain Rot. If you get three stacks of Brain Rot, you’ll be Zombified.

Next, a knockback called Blighted Bedevilment will happen. Avoid being knocked into the puddle outside the arena, or you’ll be affected by Toxicosis. Standing too close to the center results in instant death. Then watch out for these abilities.

Next is a gauntlet stage where Scariglione will power up. If the power reaches 100%, he’ll cast Corruptor’s Pitch and wipe the party. You’ll need to kill all the enemies before he reaches 100% and tank the weaker version of Corruptor's Pitch.

Scarmiglione will then repeat the previous mechanics until killed.

The Fell Court of Troia will drop Troian gear, which is Item Level 595. Additionally, there is a chance for Materia level IX to drop from all in-dungeon chests, but not boss chests. The final boss also has a chance to drop the Wind-up Scarmiglione.