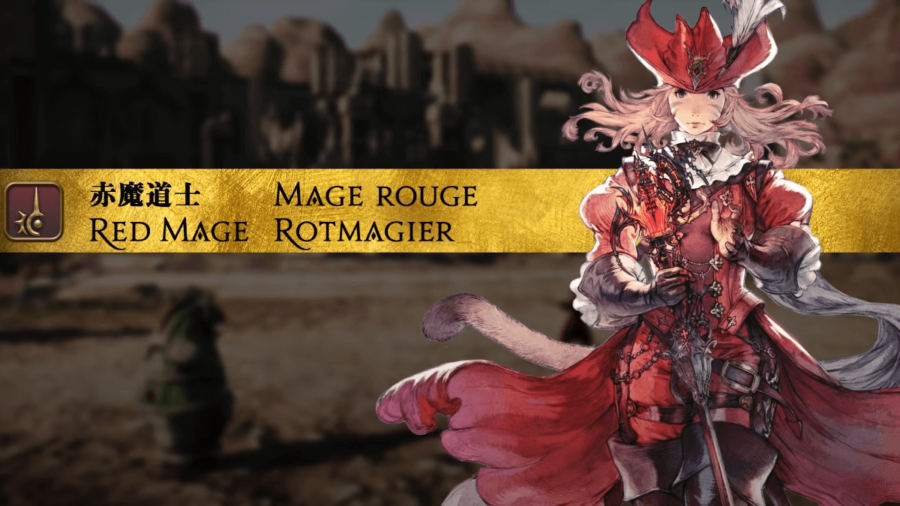 The Red Mage, introduced in the Stormblood expansion along with Samurai, is an attractive job option for Final Fantasy XIV players who can't choose between physical and magical attacks. Red Mage combines powerful spells with offensive melee strikes, so with your stylish rapier in hand, you can have the best of both worlds!

Becoming a Red Mage is easier than you might expect. First, travel to Ul'dah, one of the game's three starting cities (you started your FFXIV run here if you chose Pugilist, Gladiator, or Thaumaturge as your base class). Head east towards the Steps of Thal, where you'll find a young NPC called Distraught Lass. She'll ask for your help in rescuing her kidnapped sister, giving you the quest Taking the Red.

Walk back out the Gate of Thal and you'll stumble straight into the kidnappers—and the mysterious man in red who makes quick work of them. After the cutscene, speak with the Well-dressed Lass and she'll run back home.

Return to Distraught Lass. The man from before, named X'rthun, appears again and asks you to accompany him to a nearby tavern. Head south to the Coffer and Coffin and interact with X'rthun to become a Red Mage, complete with a flashy new outfit!

Read all about How to Buy a House in Final Fantasy XIV, or check out our other great game guides here at PGG.