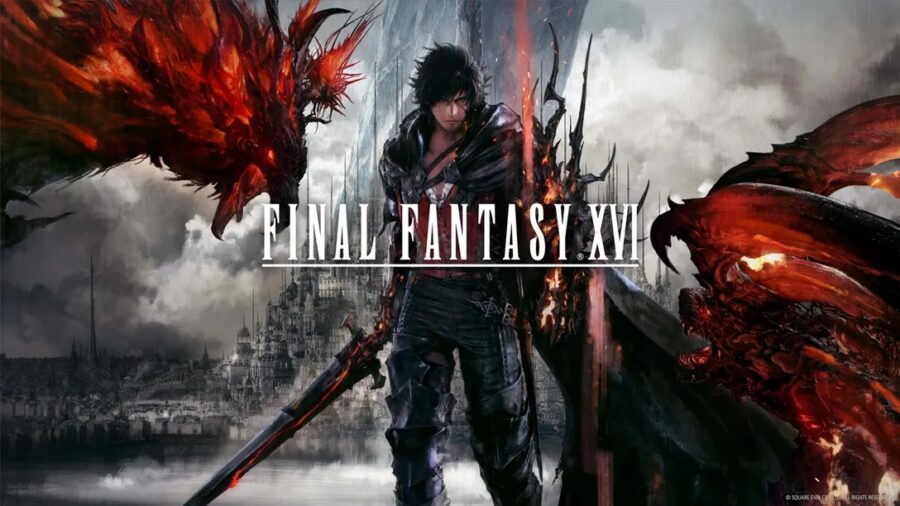 The official Final Fantasy XVI website has gone live, and with it, new information about the upcoming JRPG with information on the plot and on the three heroes swept up by the winds of fate. Final Fantasy XVI was announced back at the PlayStation 5 reveal event, and it was the first video showed, which immediately created the hype for Sony's next-generation console, the PlayStation 5.

Take a step back and admire a brand new piece of artwork for #FF16, the latest standalone, numbered title in the @FinalFantasy series. Today we've launched the official #FFXVI website, introducing the world and characters from the game. Take a look here: http://sqex.link/ff16

FFXVI will take place on the land of Valisthrea, where Mothercrystals are the source of power - known as aether that the populace of the world uses to conjure their magicks. In Valisthrea, beings known as Eikons are the most powerful and deadliest of creatures. These Eikons reside within people known as Dominants who have the ability and power to call upon these powers, but in return, are treated like royalty. Dominants have little choice in the matter whether they become one or not, as it's something you are born into, a fate that you cannot escape. However, you will always serve as a weapon of war.

Clive Rosfield, Joshua Rosfield, and Jill Warrick are the three heroes, and all three names seem quite ordinary compared to Cloud Strife and Squall Leonhart! More information is down below.

There was a lot of speculation, but yes, the young knight and the tattooed man in the “Awakening” trailer are one and the same. His name is Clive Rosfield, and he’s the main protagonist of this game. The firstborn son of the Archduke of Rosaria, Clive is a Shield who protects his younger brother Joshua, the Dominant of the Phoenix. Joshua bestowed the Blessing of the Phoenix upon him, giving Clive the ability to wield a part of the Eikon’s fire. However, as the story unfolds, he is swept up into a great tragedy.

Joshua Rosfield is Clive’s younger brother and also the Dominant of the Phoenix—Eikon of Fire. Dominants are special beings who have the power of an Eikon residing within them. As a Dominant, Joshua transforms into the Phoenix and fights to protect his nation. Even though he was born into royalty, Joshua treats everyone with kindness, but he does have his childlike side, too, with a particular dislike of carrots.

The two brothers find a confidant in Jill Warrick, who was raised alongside them. At an early age, Jill was taken from her homeland in the Northern Territories—a nation that swore loyalty to the Grand Duchy of Rosaria—to become a ward of the duchy, securing peace between the two realms. She spends her childhood years with Clive and Joshua as a member of the Rosfield household.