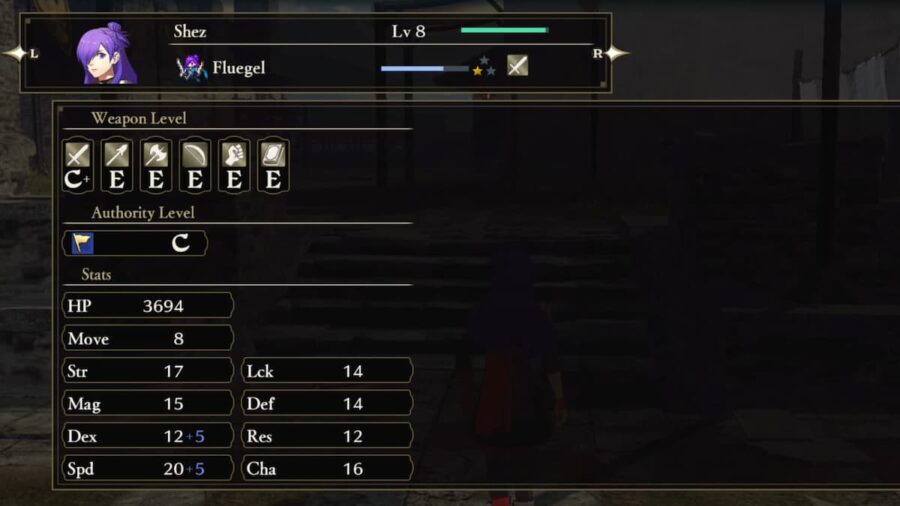 No matter your stat—the higher the number, the better. Don't expect to see every stat increase upon leveling up, and don't expect every stat to become high, as this differs for each unit. You will rarely ever see a mage-oriented class have high Strength.

Hit Points are your unit's health. Each playable character has a certain number of Hit Points that increase at every level. When a unit is damaged, your HP will deplete. But when this number reaches zero, your character will either permanently die or retreat, depending on your chosen game mode.

Strength is vital for melee classes, as this affects the attack power of all physical attacks. The more Strength you have, the harder you hit.

Magic is a necessity for magic classes, as this stat affects the attack power of all magic attacks. The more Magic you have, the more damage it will inflict.

Dexterity affects the attack power of a critical rush (when you deplete an enemy's stun gauge), along with how often you will land a critical hit upon attacking.

Speed affects the duration of the Awakened state and the recharge time of magic and combat arts.

Luck is all about drop rate. The higher the luck a unit has, the more likely recovery items will appear on the battlefield.

Defense affects how much damage a unit takes from physical attacks.

Resistance affects how much damage a unit takes from magical attacks.

Charm is a stat purely used for a battalion, as it affects the drain rate of a battalion's endurance.

All Stats in Fire Emblem Warriors: Three Hopes and what they mean