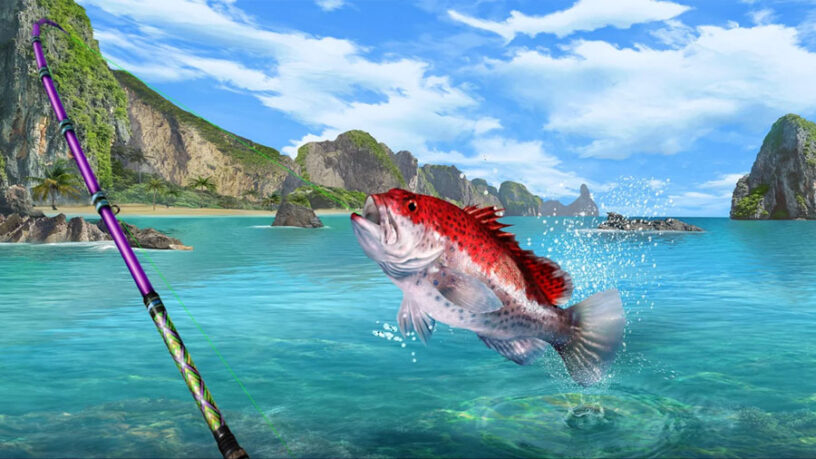 We're taking a look at all of the working Fishing Clash Codes that will get you a whole lot of free rewards! These codes will get you packs, coins, pearls, and various other items that will help you catch the biggest fish in all sorts of different waters.

It seems all NEW codes don't seem to last as long as they used to. They seem to have a week lifespan at best.

These codes appear to be hit and miss for people. If you are on a newer account they seem to work, but if you've been playing for a while they won't. Make sure to copy and paste the codes exactly to receive the reward.

It's possible that some of the top ones might still work, but I've gotten various reports about them being expired.

Look for the blue button with three lines on it at the top right of your screen. Tap on that and then tap on the Gift Codes option. Copy one of the working codes from our list and paste it into the "Enter Code" box and hit the claim button to receive a reward!

You can download this game for iOS via the Apple App Store or for Android via the Google Play Store!

The most popular hobby now in your pocket! Join over 46 millions of anglers who already played Fishing Clash and start catching fish in one of the most realistic fishing games. High time to go fishing!

Get hooked on fishing

Enter the game, choose a fishery and cast a fishing rod. It’s that simple!

From carps, basses, catfishes and salmons to real sea monsters like sharks and arapaimas!

Buy new fishing rods, lures and other equipment to raise your chance to catch a big fish!

Fishing Clash can take you to fishing spots all around the world! Loch Ness, Lake Biwa, rivers of Amazon, Nile, Kenai, Yangtze and many more places await you!

Every day is an event day

Take opportunity to participate in various in-game events, solo or with your clan, and win unique prizes!

Compete with other anglers

Participate in duels, challenges, tournaments and championships to show them who’s the fishing boss!

4 or 8 players compete with each other to catch the highest pointed fish on a given fishing arena. After each round someone has to be eliminated… so make sure you become the last angler standing and earn your hard-fought fishing loot!

While waiting for your next big fish, enjoy breathtaking vistas of fishing spots from all around the world and realistically crafted fishing gear.

Embark on a fishing journey with Fishing Clash and immerse yourself into the world of anglers, fish, rods and lures. DOWNLOAD NOW and enjoy one of the most realistic experience in fishing games genre.