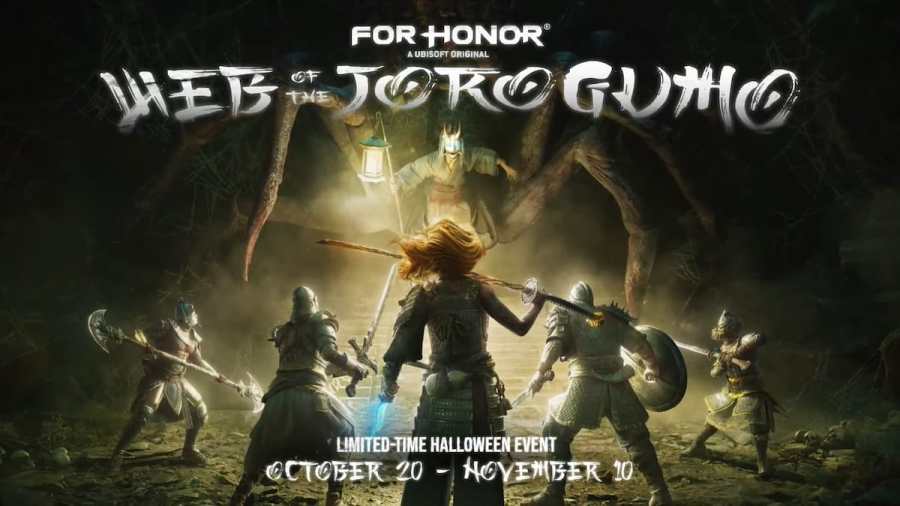 For Honor, the medieval fighting game with a twist, is no stranger to Halloween. Previous years have seen players fighting against swarms of the undead and even taking on The Trapper from Dead by Daylight. Not one to recycle content, Ubisoft is introducing an entirely new mode for 2022, Web of the Jorogumo.

When is the For Honor Halloween 2022 Event?

For Honor's Web of the Jorogumo Halloween Event will run from October 20 through November 10, 2022. It's a little late in the season, but it promises to be a good time.

Related: Who is Medjay in For Honor?

Web of the Jorogumo Mode

The Web of Jorogumo special event is a four-player PvE event. It uses a single-pick system, which restricts characters to one player. For example, if someone picks Warmonger, no one else can pick that character. It uses the Emperor's Escape mode with a twist in the Market Town map. The objective is to escort the VIP, Meiko, through the map and its four different control points. Each control point will be full of enemies and a mini-boss that deals fire damage. At the end will be the Jorogumo boss.

Along the way, Meiko will be under constant attack. So players must find a balance between forging ahead and falling back to defend Meiko. The developers stressed that teamwork and communication are critical to success. Should the team or Meiko fall, then the Jorogumo will claim victory.

In addition to the Kensei Hero Skin, the Yokai Slayer Meiko, the fearsome warriors in For Honor are receiving event-themed skins. Gone are the pumpkins, candy, and spiderwebs of last season. In their place are Japanese-inspired spirits and demons.

For more For Honor goodies, check out What’s included in For Honor: Marching Fire Edition? on Pro Game Guides.

For Honor Web of the Jorogumo Halloween 2022 Event Details