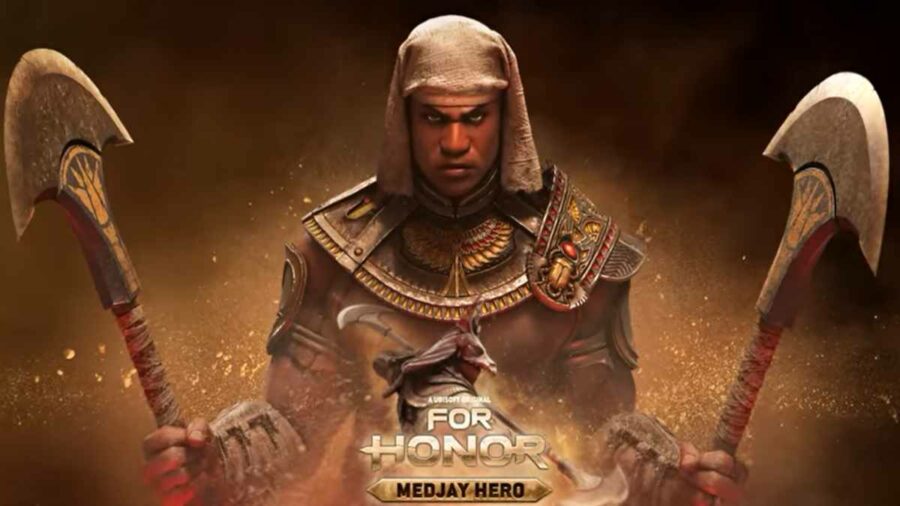 Medjay is the Year 6 Season 2 character in For Honor. Medjay is based on an Egyptian warrior and wields a bifurcated fan staff that splits into twin axes for an extremely versatile moveset. Medjay's gameplay was first revealed during the For Honor Warrior's Den developer stream. Here is everything we know about Medjay.

Medjay is the second member of the Outlanders faction to join the game. The first hero was the pirate, opening up possibilities for warriors from around the world to come to the game. The Medjay are protectors of the Pharoah in Egypt, however, in For Honor, Egypt was destroyed long ago in the Cataclysm, and the Medjay are the last of the warriors. The leader of the Medjay is Neferkha, a descendant of the pharaohs who is on a quest to get the scarab necklace back from the Vikings.

Related: How to play each class in For Honor’s Samurai faction

What weapon does the Medjay use?

The Medjay uses a fan axe capable of splitting into two dual axes. This allows the Medjay to use two stances, much like the Highlander. The fan axe is used to keep attackers at a distance and works effectively to attack and defend against groups, while the dual axes are much quicker and can be used to overwhelm single opponents using fast light strikes.

Many of Medjay's moves are inspired by other characters like the Highlander and the Shaolin. Medjay in the base stance can pull off infinite light heavy combos like the Shaolin and possesses a dash grab like the Highlander. Medjay also has a very fast side and forward dodge heavy with the fan axe, and can split it for even faster dodge attacks for counters.

Medjay releases on July 28, 2022, and is expected to be available to purchase in-game using steel or real money.

For more For Honor guides, check out What’s included in For Honor: Marching Fire Edition? on Pro Game Guides.

Who is Medjay in For Honor?