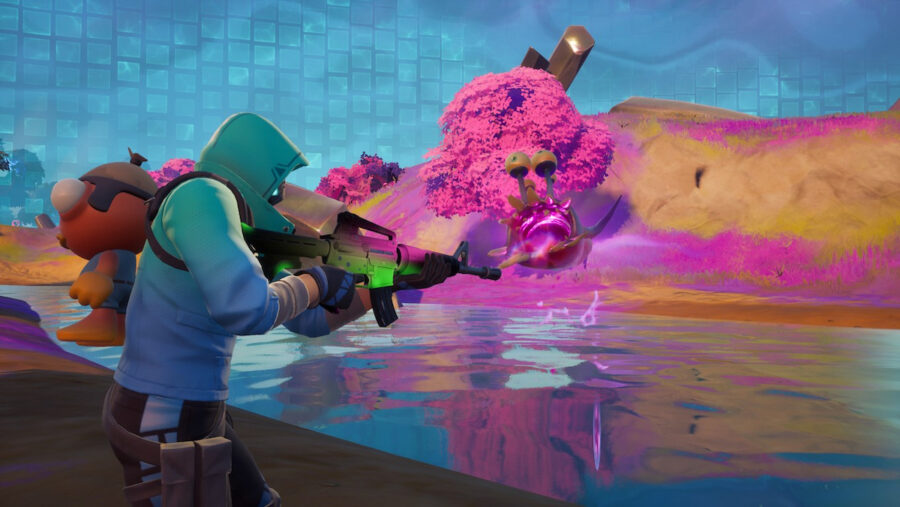 With the v17.10 update hitting the shores, Fortnite is going all-in with major content drops to the game. The aliens are spreading all over the island and the mothership is overlooking all the activities. It's only fair to have more alien creatures, which will aid the vegetation of the place and potentially help players in the matches.

What are Alien Parasites in Fortnite?

Alien Parasites are the latest form of creatures in Fortnite Chapter 2, Season 7: Invasion. They take/leech 40 health from the players and whenever the player's health goes above that limit, the alien parasite takes down the health back to sixty. The leech mechanic doesn't affect shields. This might seem to be a major disadvantage for the players, but parasites have a symbiotic (mutually beneficial) relationship with the players, unlike the science textbooks.

After attaching to the alien parasite, players gain the low gravity effect, which allows them to have permanent mobility and higher jump capability through the match's duration. In a Battle Royale-based game like Fortnite, mobility is a key factor in determining players' matches' pace and having the parasite could help tremendously.

All Alien Parasite Locations in Fortnite

Alien Parasites can be found everywhere on the map in Fortnite. So to find them quickly, it will be wise to search for existing wildlife like chickens, boars, and wolves. The parasites will be hosting these animals and harming them would make the alien parasite leave them.

After that, players can go near and it should attach to them, granting the beneficial effects. Other ways to find these alien parasites will be to look near the rivers as many players drop them and cannot recover them from there. As a result, it becomes a free collection area. Many green slimes have alien parasites in them that attach to the player when they go nearby.

Read More: All UFO Abilities and How to drive them in Fortnite

How to Remove Alien Parasites in Fortnite

If you ever get bored with the Alien Parasites ruining your perfect health and shields in the game, there are multiple ways to get rid of them. Taking fire damage or any damage to kill the Alien Parasite will destroy them. Moreover, players can dip in the water to cleanse themselves of the Alien parasites in Fortnite.

Removing the alien parasite is fairly simple, as mentioned above. However, the benefit that it provides to the players is invaluable to any player in Fortnite.