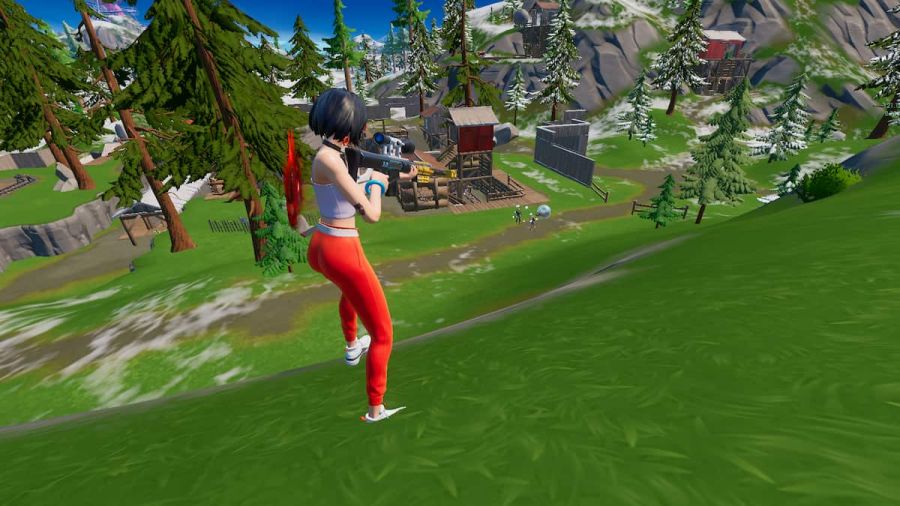 In Fortnite Chapter 3 Season 3, players will get to explore a few new POIs that were added with the Seasonal update. Similarly, new NPCs have arrived on the map, and some of them have Exotic Weapons which can be purchased in exchange of Gold Bars. There are five Exotic Weapons added so far in Fortnite Chapter 3 Season 3, and the following map reference shows the exact location for each one!

Where to find the Exotic Boom Sniper Rifle in Fortnite?

Where to find the Exotic Shadow Tracker in Fortnite?

Where to find the Exotic Marksman Shooter in Fortnite?

The Exotic Marksman Shooter can be found with Cuddle Team Leader. This NPC is located at the new POI called Rave Cave. We recommend players to find weapons and shields before approaching this NPC, as this area is a hot-drop spot. You will encounter several opponents at this POI, so it's best to either eliminate them or avoid them entirely before buying this weapon. The Exotic Marksman Six Shooter costs around 400 Gold Bars.

Where to find The Dub Exotic Shotgun in Fortnite?

Where to find the Exotic Chug Cannon in Fortnite?

The Exotic Chug Cannon was added this Season, and it can be found with the NPC Kyle. This NPC is located at the Logjam Lumberyard POI, and it's best to collect weapons before purchasing the Exotic. The Exotic Chug Cannon costs around 600 Gold Bars. Players may also find this weapon after eliminating a Loot Llama.

So far, these are all the Exotics added this season, and will update this section when more Weapons are added. If Exotics are not good enough for you, then feel free to try out some of the new Mythic Weapons added in Fortnite Chapter 3 Season 3.

All Exotic Weapon Locations in Fortnite