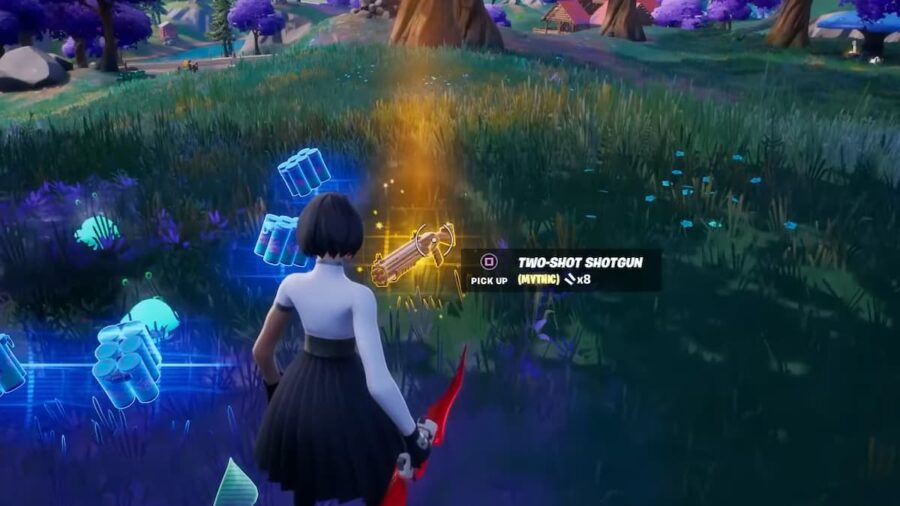 Mythic weapons are the cream of the crop when it comes to choosing your armaments in Fortnite. In previous seasons, these weapons used to belong to NPC bosses like Gunnar, Doctor Sloane, and Deadpool. Players would simply need to defeat these bosses to get their hands on a mythic weapon. However, with the dawn of Chapter 3 Season 3, there are no such NPC bosses to encounter in the map. Thus, the process of acquiring one is made a lot less straightforward than what players are used to.

The new season has added a bunch of new mechanics and locations in the Fortnite map. One of these locations is the Reality Falls biome, and getting yourself a mythic weapon is directly tied to this new POI. Players need to collect Reality Seeds from a flower in Reality Falls to plant a Reality Sapling. This sapling will grow over time, and bear fruits containing loot, ranging from uncommon, rare, epic, legendary, and finally mythic.

There are a total of four mythic weapons that players stand a chance to find. Although these weapons can be found inside level two chests, the drop rate is very low. So, we suggest planting Reality Saplings to ensure yourself some mythic loot.

Related: The fastest way to get Battle Stars in Fortnite

Related: Where is Groovy Grove in Fortnite Chapter 3 Season 3

How to get Mythic Weapons in Fortnite Chapter 3 Season 3

As briefly mentioned before, players need to collect seeds from the Reality Seed Pods that can be found growing in the vicinity of the Reality Tree, in the Reality Falls POI. These pods are very visible, owing to their large size and bright purple color, with a gleam of light on top. Destroy the pod with your pickaxe to collect the seeds. To plant the seed, simply throw it on the ground in Reality Falls POI, and a Reality Sapling will sprout out. Your sapling will grow in the same spot from match.

Upon planting the seed for the first time, the Reality Sapling will bear Uncommon fruits, from which you can get Uncommon loot. However, do not pluck the fruits just yet. After a small duration, you will notice weeds growing around your sapling. Removing the weeds will upgrade the fruits from Uncommon to Rare. This process is repeated, as you upgrade your plant to bear Rare to Epic, then Legendary, and finally, Mythic fruits.

Keep in mind, the time required for each subsequent weeding will go up significantly. Upgrading your plant from Uncommon to Rare takes about 15 minutes, upgrading it from Rare to Epic will take 12 hours, and upgrading it to Legendary and Mythic will take 24 hours, each. It is important to note that Reality Saplings are not unique to each player, which means other players can loot the fruits from your plant, except for the Mythic fruit. So, be sure to plant your sapling in a discreet location.