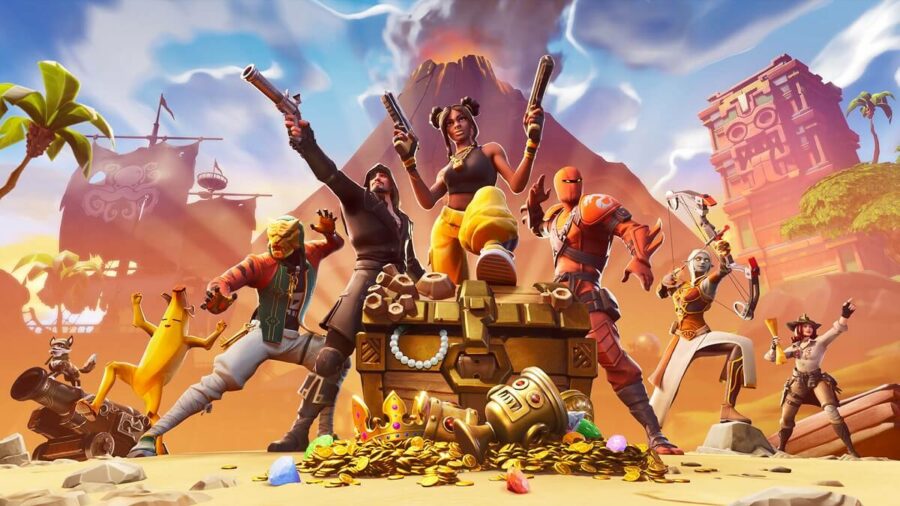 The latest Fortnite update v15.20 has dropped, and of course, within a heartbeat, data miners are going to town, unearthing all sorts of secrets! One of those secrets already has been shown that it's most likely that Predator is the Mystery Battle Pass Skin, as there is a lot of references to Predator Quests and the Predator Spray.

However, according to Fortnite leaker FortTroy, it seems that another Portal has been found within the code. The first one being about Predator, but the second one, all we have to do is that it's called Portal_Typhoon and that it is a female skin. There are even two more encrypted sets that are not Predator or TheGrefg.

Two new Portals have been added to the file

From the Twitter comments, fans are speculating that it might be heroine Lara Croft, but others think otherwise. It is more or less mere speculation otherwise; however, from the official Tomb Raider Twitter account, they randomly tweeted out this.

This is the reason why fans are insinuating that it is indeed Lara Croft, and in all honestly, it's as cryptic as it's ever going to get. It really could mean anything; it might not even be about Fortnite at all.

However, think of the Gaming Legends we've had so far, Kratos, Master Chief, and Pyscho Bandit. Lara Croft is one of the most well known female Gaming Legends there is, and it will not be surprising at the least if she eventually will end up as an outfit in Fortnite in the near future.

People are saying it won't be, as, from the 15.20 patch notes, they are reading into one particular line:

They are assuming that the next pair of Hunters will be a duo, but it could be two separate characters. We'll have to wait for the upcoming patches to find out more! If we're lucky, v15.30 might even be next week!

Fortnite Error Codes List (and how to fix them)

Who are the original Fortnite characters?