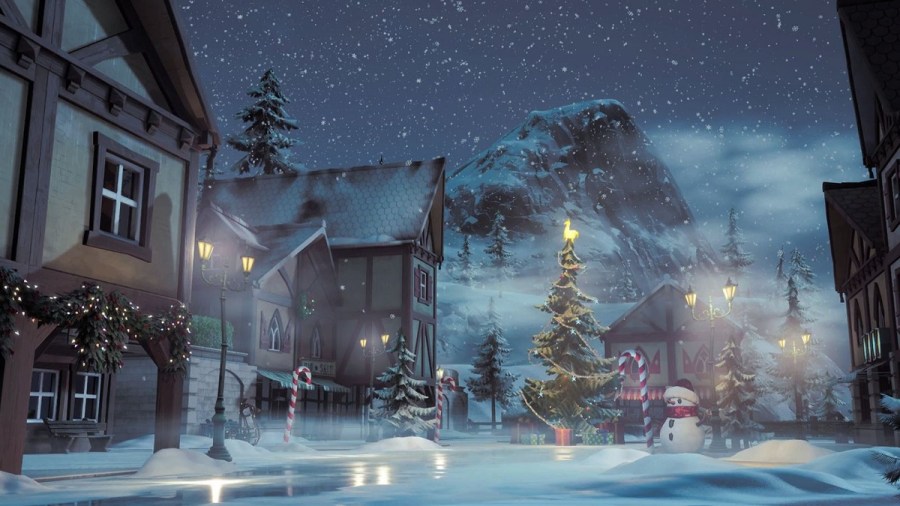 Winterfest, as we all know it, may be intertwined with Operation: Snowdown, as Snowmando, is an NPC on the map giving you quests! Go see him and begin the fun.

Below is a list of all Operation: Snowdown Challenges that you'll encounter in Fortnite. We hope you're ready as Operation Snowdown has begun!

Complete all the Operation: Snowdown Quests and earn a ton of free snowy cosmetics, including two exclusive Outfits - Snowmando and Frost Squad! For each challenge, you complete, not only do you get XP you also get a free item!

How Operation Snowdown works is that four of the challenges are available from the get-go, and then every day, spread over 12 days, one more challenge is going to unlock for you to complete. So you have 2 Weeks and 3 Days to complete all the challenges.

Out of the leak, the only one missing is the Complete Epic Quests (0/73), and two challenges have the same cosmetic, so we are unsure which of the two will be the actual challenge.

This event is chalked to the brim with an assortment of fun things to do. It's sure to keep you occupied over the holiday season! Especially with some Frozen goodies to collect on the way.

Due to the 15.10 update, many leaks have happened, so why not look at our Leaked Skins page and see all the new upcoming things coming!

My name is Mark Carpenter, Assigning Editor of Pro Game Guides. I've been covering games media for over three years, and my work has been published in Metro UK, Game Rant, and other smaller publications. I've been gaming since the Amiga days—roughly about 31 years. When I'm not gaming, I love playing D&D, guitar, and reading. I love RPGs, Final Fantasy, and The Legend of Zelda series. Plus, dogs are pretty awesome.
Find Mark Carpenter On: Twitter