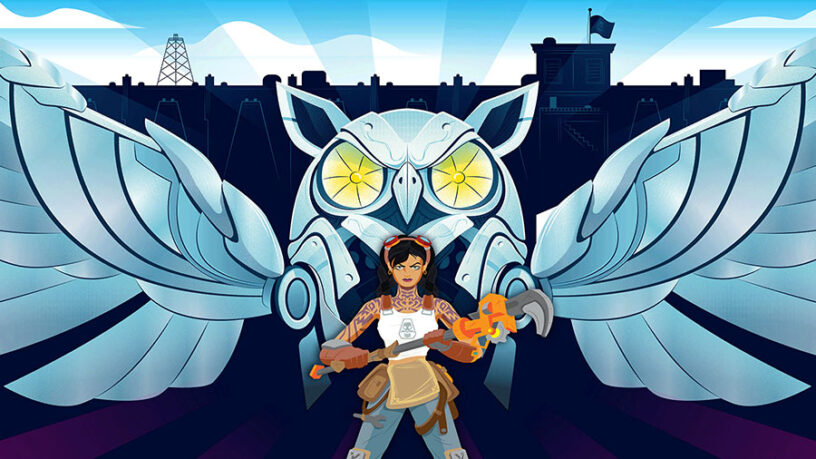 Here are all of the challenges from week 3 of Season 3: 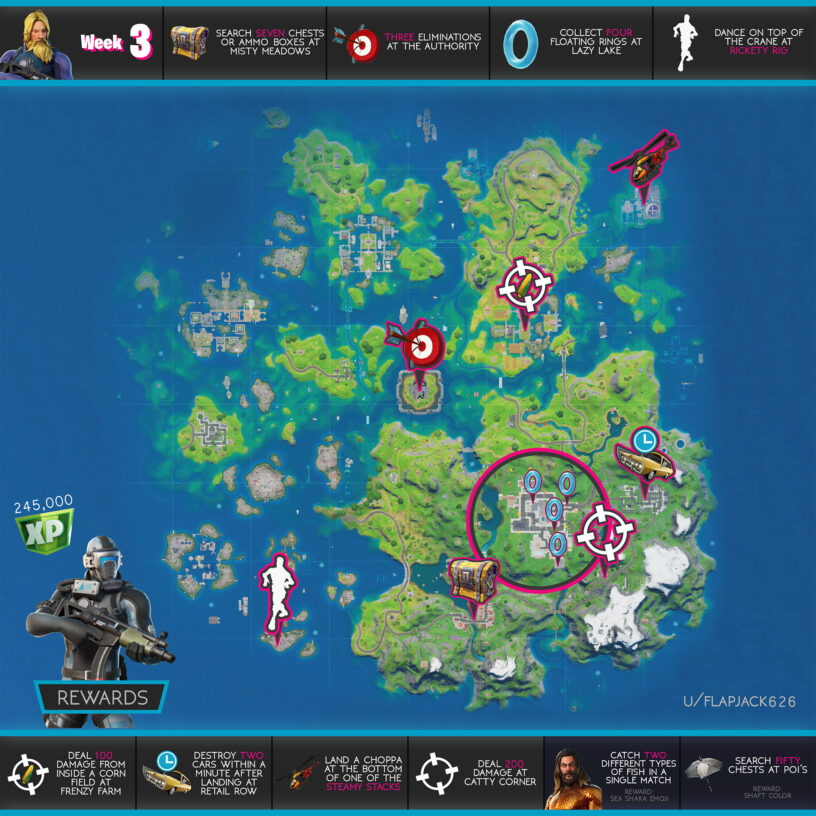 Just like the previous season, make sure you do any henchmen, marauders, or vault based challenges in normal modes because they won't show up in Team Rumble!

Most of you are probably familiar with Misty Meadows by now, but if you're now I've included an image where you can find the chests and ammo boxes (Credit to LootLake.info). It's a pretty popular spot because it has so many loot spawns, so I'd recommend heading into Team Rumble to make it easier. 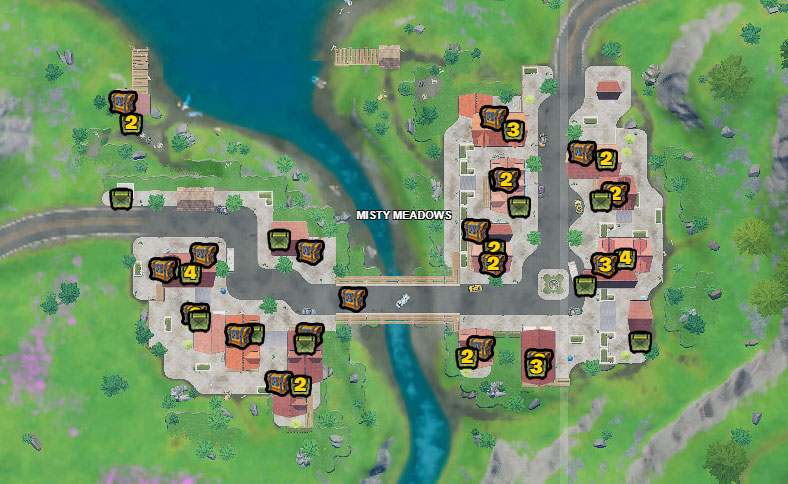 Eliminations at The Authority (3)

Not much to this one, just head to the middle of the map, land at The Authority and get some eliminations! Just be careful of Henchmen, because they are all over the place!

If you've played much after the 13.20 patch, then you've no doubt notice some floating rings in the area. If you had been wondering what how they were going to be used, then now you know! Run around the Lazy Lake building area and collect all the floating rings that have spawned. One is high up in the air, so try to grab that one as you fly into the area. 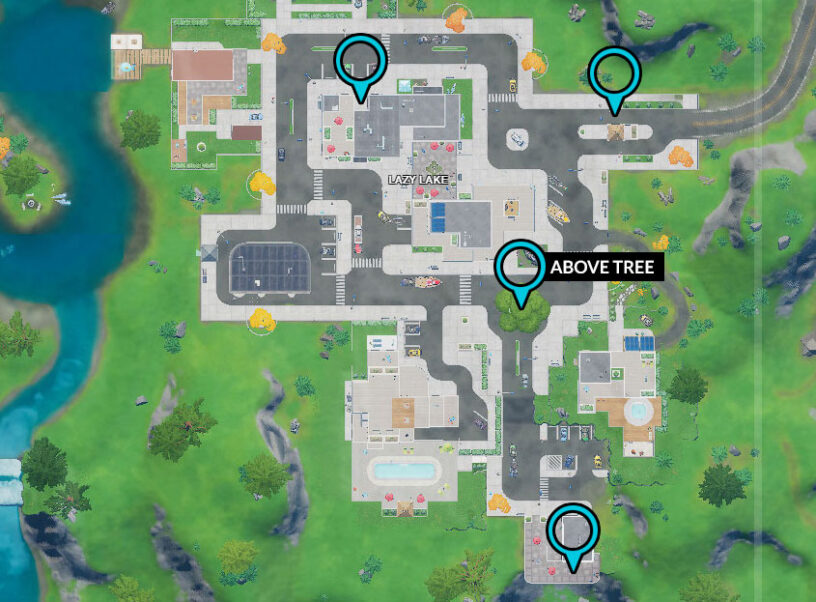 This challenge was removed because the crane was no longer accessible!

On the southwestern part of the map over at B 7-8 you'll find a small a group of small islands. On the largest one of Rickety Rig is a pretty large orange crane. Fly on over to it, land on top of it and do your best dance to complete the challenge. 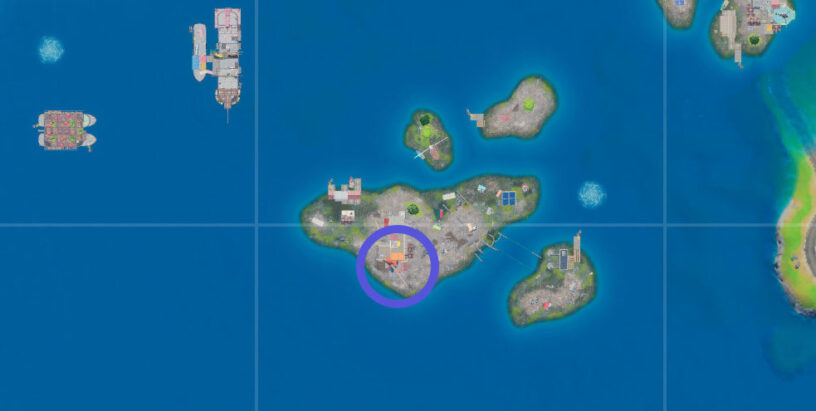 This is the challenge that replaced the Rickety Rig one. Just head to Catty Corner and deal some damage to people!

Deal damage from inside a cornfield at Frenzy Farm (100)

Frenzy Farm is pretty much segmented into different areas that are surrounded by water. Head for one of the cornfields and try to dish out some damage to unsuspecting players. You could probably more easily do this in Team Rumble because you can land in the corn over and over to try and hit people flying in the sky.

Retail Row is one of the longest standing locations that has lasted throughout the many iterations of the map. There are cars on both sides of the area, you'll find them near the houses as well as in the shopping parking lot. You need to destroy two different cars, so try to find some that don't have people near them!

Land a Choppa at the bottom of a Steamy Stack (1)

Some of the Choppa locations have shifted around in the recent map change, so be aware that one you might have frequented isn't there anymore. Your best bet is to grab the one that is directly east of Frenzy Farm, but any helicopter will do. Once you have one, head on over to Steamy Stacks and land it INSIDE of one of the big stacks with the purple liquid at the bottom. Just hover it over the top of it, then hit the move down button to drop inside! Once you land inside of it, you should receive credit for the challenge. 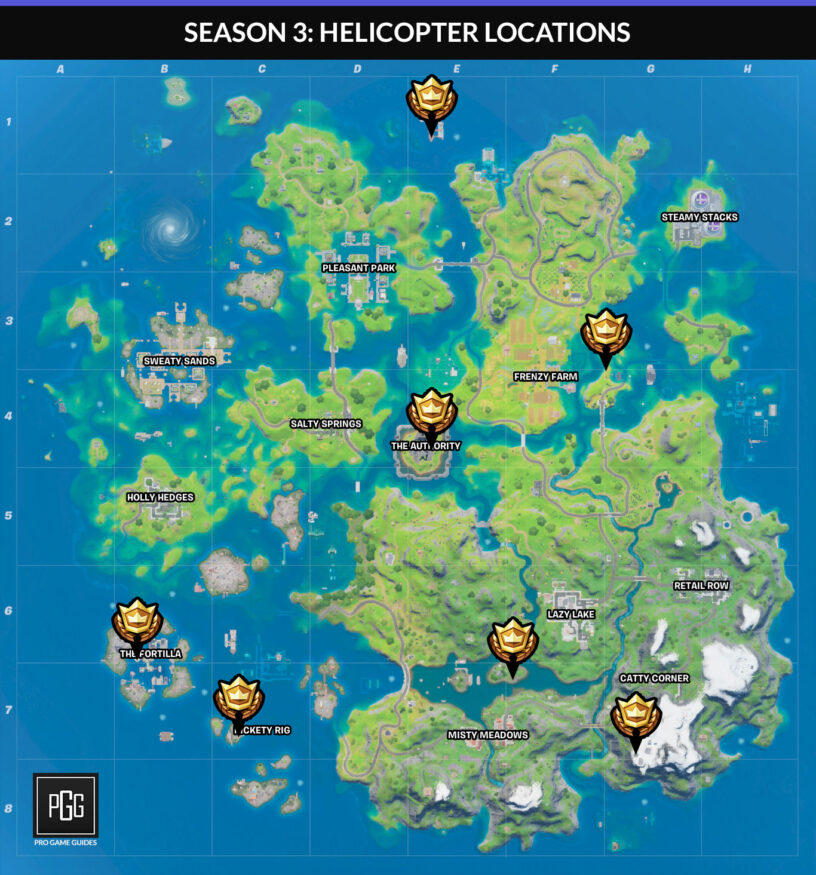