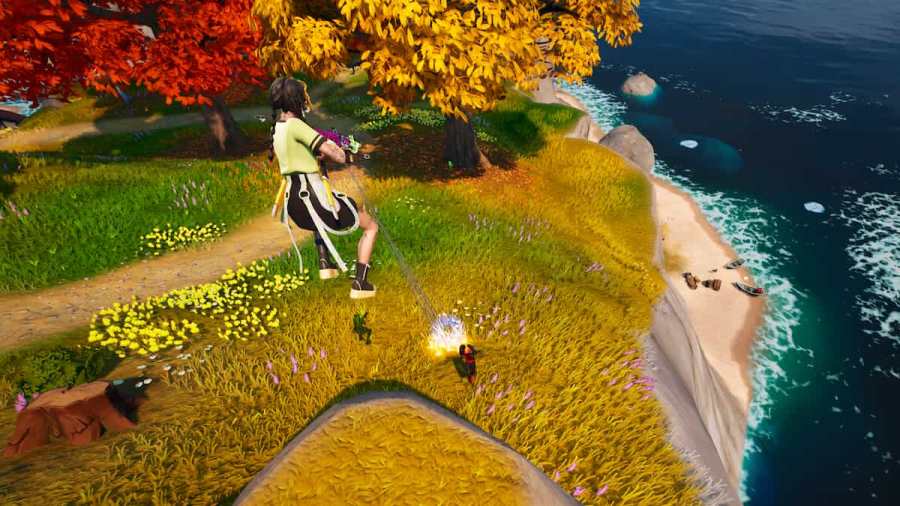 In Fortnite, players get to choose four Reality Augments in every match, and these grant certain ability boosts that give an edge over opponents. The Shotgun Striker is one of the new Augments added to Fortnite, and players need to know how it functions in-game. Here's how to use the Shotgun Striker Augment in Fortnite.

How to use the Shotgun Striker reality augment in Fortnite

Reality Augments in Fortnite function like a perk and can be selected during a match to get specific abilities. The Shotgun Striker Augment gives siphon on hits against players. Shotgun Striker is a part of Combat Augments, meaning it improves the quality of gunplay in the game. With the Shotgun Striker Augment equipped, players will get +2 Shields or Health for every shot that strikes an opponent. It doesn't matter how much damage is dealt to the opponent, as the siphon will only grant +2 Shields or Health for every shot connected.

While using the Shotgun Striker Augment, players need to consider which Shotgun to use as not all of them shoot an equal number of pellets with each shot. For instance, the Heavy Shotgun shoots only one slug per shot, whereas the Thunder Shotgun shoots up to 11 pellets per shot. Similarly, the Maven Auto Shotgun fires up to 10 pellets per shot. We highly recommend players use the Thunder Shotgun or the Maven Auto Shotgun if the Shotgun Striker Augment is equipped. Using these two Shotguns will maximize the health siphon from opponents.

The Shotgun Striker Augment also allows players to rush in on opponents without having to worry about health or shields. For example, players can shoot opponents with a Shotgun to weaken them and quickly gain health or shields. Knowing that the opponent is damaged gives players the scope to rush in and eliminate them swiftly. Naturally, the Shotgun Striker Augment is one of the best perks to choose for having an edge over opponents in close-range combat.

Like other Reality Augments, Shotgun Striker will be locked at the start of the game and players can access it by re-rolling the selectable perks. The Shotgun Striker was disabled by the developers shortly after its introduction as it allowed players to siphon health and shields by shooting teammates. This bug made the Shotgun Striker one of the most powerful Augment in the game, which is why it was disabled until a further notice. However, players can expect this Augment to return soon and function as intended in Fortnite Chapter 4 Season 1.