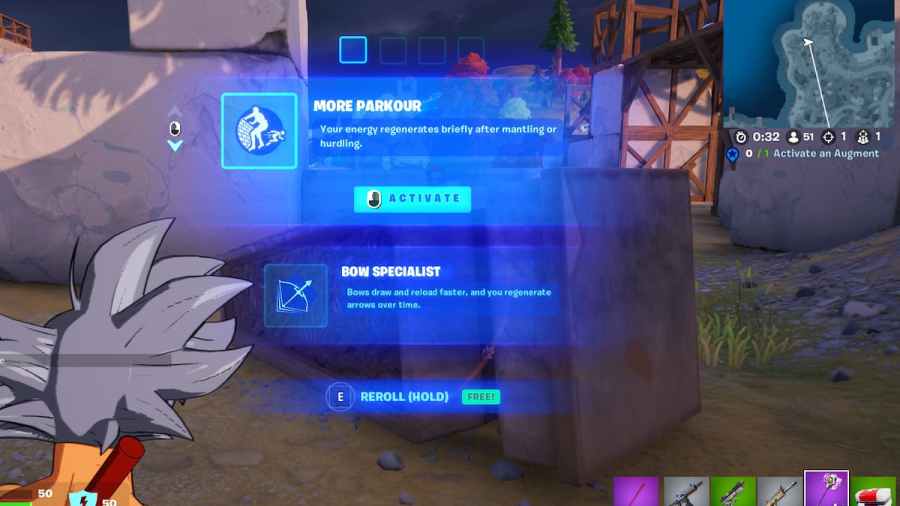 In Chapter Four, Epic Games added a new mechanic to Fortnite called Reality Augments. In short, Reality Augments are buffs that are randomly gained during a match. The effects of these buffs vary greatly, but they are all boons that will be helpful in their own ways during the match. Despite this, there are certainly some Augments a cut above the rest.

All Reality Augments in Fortnite

While there are certainly a top five that stand above the other Reality Augments, knowing all of the Augments and their functions is extremely helpful even when you are not offered one of the more powerful options, as each can be helpful and increase your odds of winning a match. With that in mind, here are the other 17 Reality Augments in Fortnite.

Related: How To Find Out If You’re Eligible for the Fortnite Settlement Refund

How to activate Reality Augments in Fortnite

Over the course of a Fortnite match, you will be rewarded with Reality Augments. These will appear as a notification underneath your minimap on the screen. These Augments do not trigger by themselves and must be activated manually, so be sure to find a safe area to peruse and activate them.

When you open an Augment, the game will offer you a choice between two options and allow you to choose which Augment you wish to use. Furthermore, you can reroll the Augments offered. Each match, you are allowed one free reroll and must pay 100 Gold Bars for each subsequent reroll after the free one. Lastly, note that you can only have four Augments applied at one time, so keep this in mind when making choices between Augments.