Our Fortnite 1v1 Codes List features the best and most popular ways to practice against other players in a structured setting! If you're looking to really improve your solo play, then playing against a single player over and over again is a great way to increase your muscle memory. We'll be taking a look at the top current codes for Chapter 2: Season 2 of the game.

1v1 maps are one of the better ways to get practice in for real in-game scenarios. While this isn't always an exact replica of what you will experience, you can really focus on certain aspects of your game that is lacking in this mode. While edit and aim courses are good for warm ups, there's nothing that gets you better faster than playing against other players over and over again. If you're looking to see how well your game is doing, check out our look at the best Zone Wars Codes!

We will be going into more detail below on each of these maps and including some videos that should explain more about the course when necessary!

Do you have a Fortnite 1v1 Map Course you love? Send it to us at [email protected] with a description of why and we'll add it to the list while giving you credit!

This is a new kind of 1v1 map where instead of firing weapons at each other, you determine who is batter at handling the vehicles in Fortnite! Every course has obstacles to stop you or boost you and it's up to you to use them to outmaneuver your opponent and come in first place. If you think you've got an expert handle on vehicles, give this map a try!

Like most 1v1 maps, this map allows for adding extra players to the game, but makes sure to keep them as even as possible. What sets this map apart, however, is that it runs like a normal Fortnite BR match, but on a much smaller island! You'll always have to be on the lookout as your opponents will always be nearby due to the limited space. Think of this map like a faster version of Battle Royale!

Okay, so it’s not exactly 1v1, but FFA just means you can do 1v1 with up to 15 other people all at once! With the fun and flamboyant design, you’re guaranteed to have a good time as you and your friends massacre each other. This map is featured across many sites and is quickly increasing in popularity. Don’t forget to search for the secret coins while you’re having fun! Check out the video below for a short sample of how this map looks.

Dux is a popular map-maker in the Fortnite world, and quite often makes simple mini-games with short rounds. This map is no exception. Still, as short as the rounds are, it’s plenty of fun to use as a daily warm-up or to fine-tune your trick-shots with a sniper. This is an especially fun map to keep your sniper skills up to par since Season 6 vaulted Snipers!

The most stealthy feature added to Fortnite in Chapter 2 Season 5 was Predator's cloaking device. This 1v1 makes use of this feature and gives each player exactly one use during each round. Will you use it to sneak up on your opponent or run away? We can definitely expect some close-quarters combat in these matches. If you think you do well under pressure and aren't surprised easily, you can test that theory with this map! 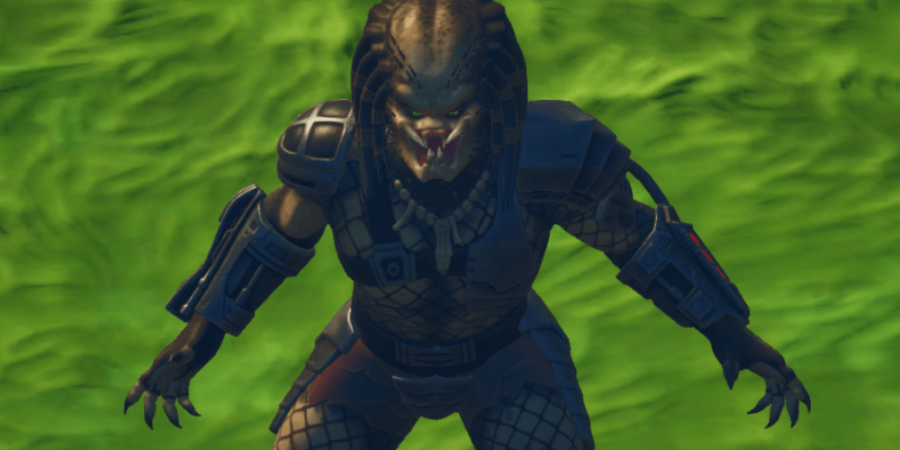 This is a fresh look at 1v1 maps. It stays easy and clean to understand but is combined with an entirely different mechanic: Gungame! In this 1v1 tournament-style map, you survive to progress and move on to the next type of gun. This means you'll need to be well-versed in several different weapons to come out on top. If you feel like you've mastered weapons better than your friends, get a group together and compete in this fun map!

Pimit is a well known map-maker for Fortnite, and he's definitely outdone himself with this automatic map. This map is for larger amounts of players that want to face a new opponent after every match. If the next matchups are already planned when yours ends, you won't have to wait more than one second to fight again, which means you're maxing out your warm-up time. If your match ends before all the others, you get a chance to customize your loadout again in the lobby!

Just below you may find the best 1v1 map, but right here you'll find the perfect 1v1 map. It's simple, fast, clean, and exactly what you need to instantly square off against another opponent. Select your load out, warm up your fingers, and tick-tack on that keyboard over and over again in this true-to-its-name 1v1 map!

The title says it all, doesn't it? Who can argue with that? Well, we can't as this map has a hell of a lot going for it. With weapon presents, customizable 1v1 settings, that apply to both players, auto reset upon a player's death, and most important of all, a background changer! We can't put it simpler, we agree with the title!

This is exactly what it sounds like in the title, the room is a box. This map is perfect for those who want to train competitively, in a set area, not an entire map. Here you can train your tactics and methods to become the best of the best. It's truly a great 1v1 arena!

According to Epic, this is one of the most played 1v1 maps in the game. So, if you want to try out the most popular code to go against other players in fights then this is the one to try. It has all of the features you'd be looking for including your choice of weapons, a button that will destroy all the builds, background selections, as well as launch yourself back to the top of a build if you happen to fall. This is a very well-rounded option that is great for practicing your 1v1s!