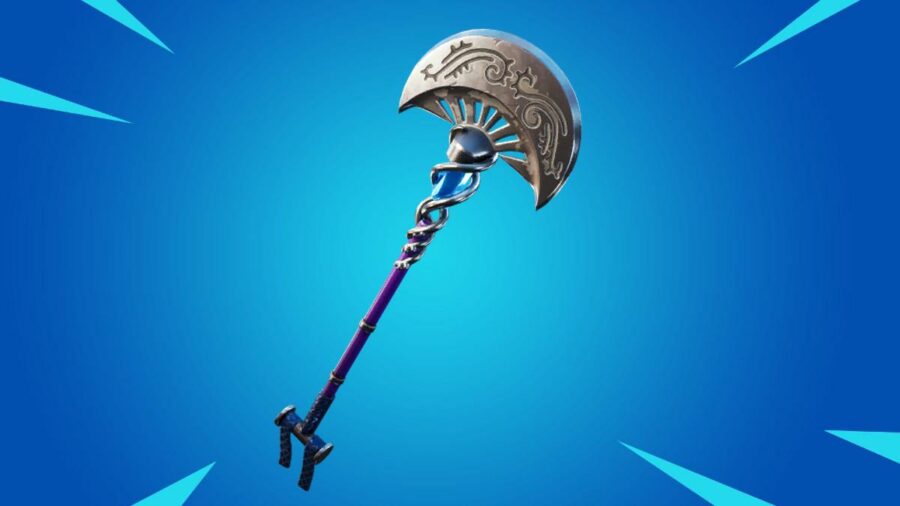 Fortnite Players were surprised to find out that the glitch causing them to think they had an extra gift to open during Winterfest '21 didn't end up being an entire waste of their time. As a consolation reward for the inconvenience and confusion caused to the players, Fortnite developer Epic Games has decided to give away the Crescent Shroom pickaxe for free to anyone who logged in to Fortnite during the Winterfest '21 event.

The Crescent Shroom Pickaxe, which has not been released to the public in any capacity, was initially introduced in Fortnite Chapter 2 Season 2 as the matching harvesting tool to go with the Madcap Outfit. However, the Madcap outfit has also never been released to the shop, so players never had a chance to use the character's signature pickaxe.

Although the Madcap outfit is undoubtedly more well-known than the Crescent Shroom harvesting tool, there is currently no information on whether it will also be available anytime soon. There is also no official word on when it will be awarded to our accounts this week.

As said in the Tweet, players can expect the Crescent Shroom (and probably its accompanying cosmetics) in the Item Shop at some point. It's over half a year since the Madcap outfit was made popular because of his appearance as an NPC in Chapter 2 Season 7, so hopefully they won't keep us waiting much longer!

Want to see more news about Fortnite? Check out our Fortnite Homepage to see the latest news and updates for Chapter 3 Season 1!