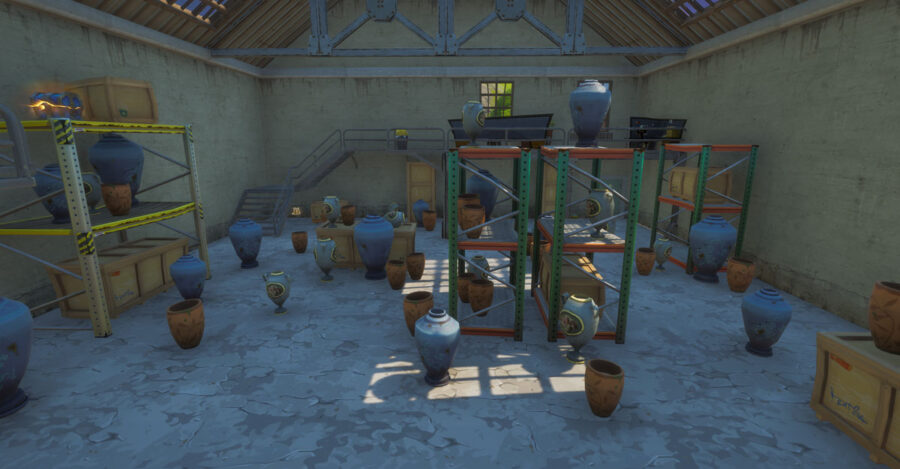 You've just unlocked the Jennifer Walters outfit, and you would like to kick it into overdrive with the She-Hulk version of the skin? Well, you're going to need to do some traveling around the map to complete some challenges to get it. One of these tasks requires that you take out some anger on someone's art school project! We'll tell you exactly where you need to go to do some clobbering and complete this challenge in Fortnite.

You can find two very reliable vase locations where you can set off to smash them and emote to become She-Hulk. The first one is Dirty Docks, and it's the best of the options. There's a whole warehouse full of vases that you can smash. You only need to smash one, but once you're done transforming, you might as well continue smashing for the fun of it! The second one can be found at Camp Cod at the southern part of the map. There's a vase in the middle of some target shooting cutouts, but you might run into some people there to smash it as well. 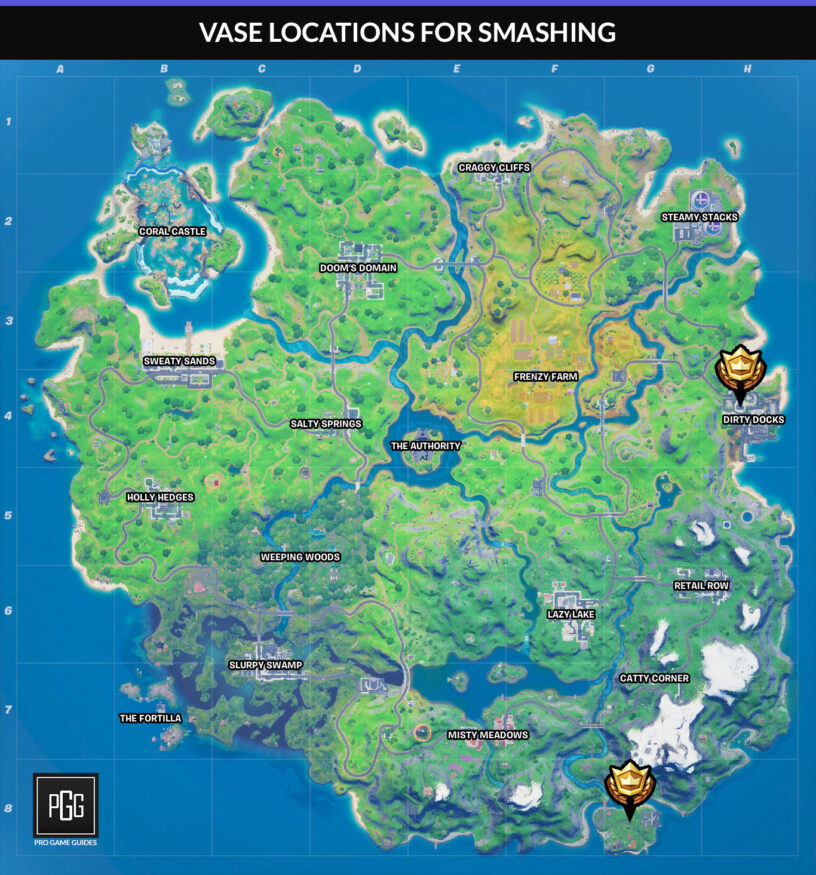 Once you've smashed a vase, make sure to do your emote so you can transform and get credit towards the final Jennifer Walters Awakening Challenge. Now that you've gotten She-Hulk, you can turn your eye to getting the red version that looks even more awesome! There's also a whole lot more to do this Battle Pass, so be sure to check out our Season 4 Guide for more details.