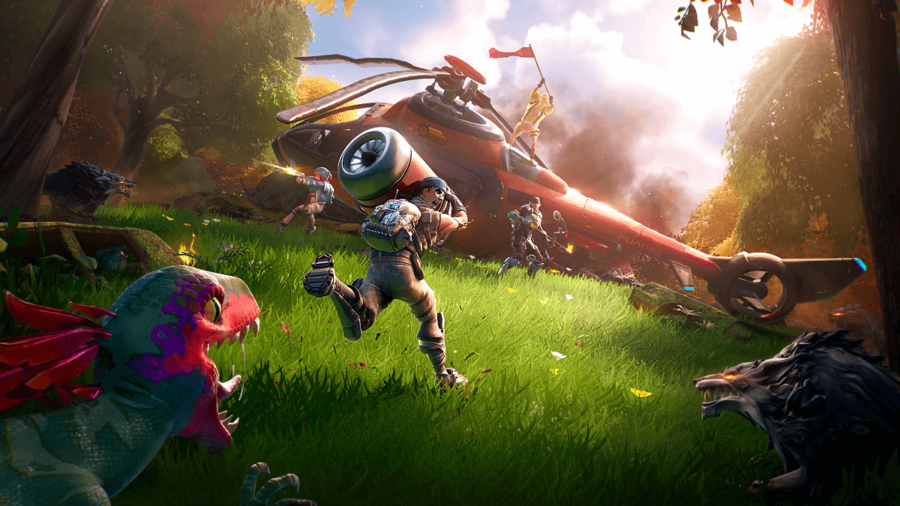 Umbrella's in Fortnite has mostly always been given away for free, and with the latest update, v16.40, things haven't changed. There's another Umbrella up for grabs!

To get the Escapist Umbrella, all you need to do is play the new LTM (Limited-time mode) that arrived with the new update, called Daybreak, and win. It sounds that simple, but this LTM is pretty unique.

Related: How to get the Gold Anniversary Lara Croft Style Skin in Fortnite

In the LTM, you need to locate parts and fuel for a broken-down helicopter that crashed in the middle of the map. But you only have three nights to accomplish this before the storm closes in on you, and you die. All you need to do is win one game of Daybreak, and the Escapist Umbrella is yours!

You woke up alone and unarmed along the coast of an island, with no memory of how you arrived. Quickly search for weapons and ammunition before night falls and creatures begin to roam the hillsides, hunting for prey.

Keep an eye out for other stranded people — they may prove to be invaluable allies in your fight to stay alive on the increasingly hostile island. Along the way, search for parts that can be used to repair one of the downed helicopters that are near the island’s center. If you find the correct parts and have enough fuel, you may be able to escape.

Where to Converse with Sunny, Joey, or Beach Brutus in Fortnite