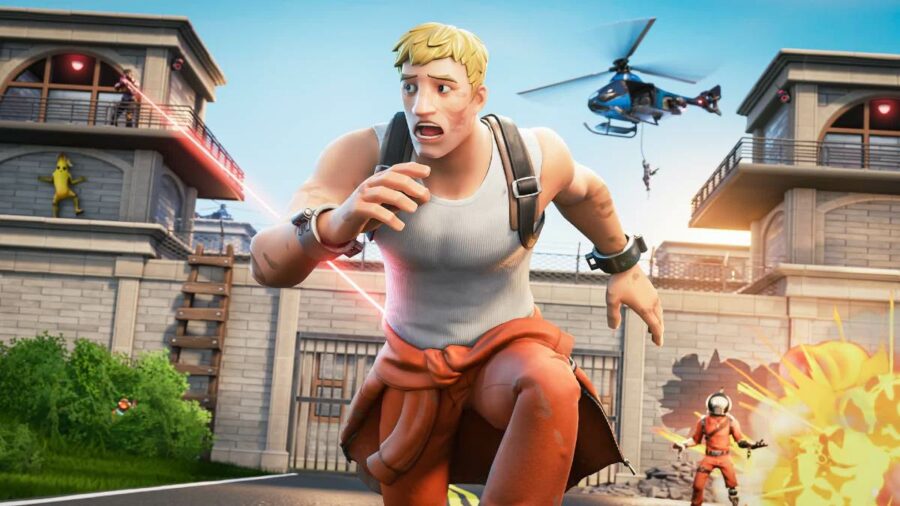 Fortnite has continued to take the world by storm for years since its release. Fans may begin to wonder where the game started out. We've got the breakdown on its horror origins and whether or not the Fortnite lore is based in reality.

Is Fortnite based on a real story?

Fortnite is not based on a true story. This can be seen when you look closer at the details of the game, which include a flying battle bus and other fantastical elements. It does not seem creators set out at any point to make a realistic battle video game. The reason you may seem some fans say Fortnite is based on a true story is because of a popular meme. The point is that a game as cartoonish and fantasy-oriented as Fortnite is based on true events, making an absurdist joke.

Related: How to get the Kamehameha in Fortnite

What was Fortnite originally supposed to be?

Fortnite wasn't always meant to be the goofy battle royale it is today. According to Pete Ellis, the art director for the game, Fortnite is said to have been originally mapped out as a more horror-centric action game. This design can still be seen in creatures like The Husk. Once the development of Fortnite continued, the creators decided to go down a more cartoonish and family-appropriate style.

Want to read more about Fortnite? If so, check out How to get and ride a Nimbus Cloud in Fortnite on Pro Game Guides.

Is Fortnite based on a true story? – Fortnite Backstory