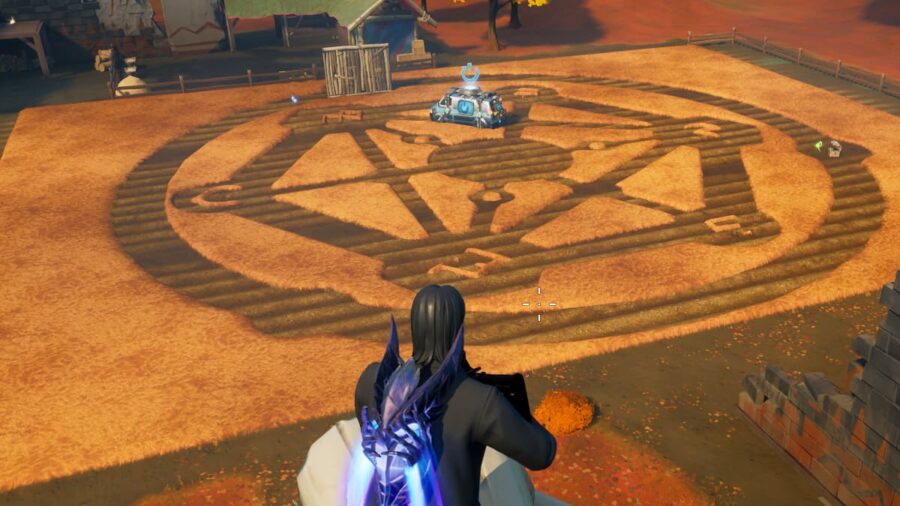 In a new twist on Fortnite's goal to collaborate with nearly anything, it seems the game has now infiltrated real-life. In a recently posted Tweet by iFireMonkey, we have learned that since May 18, 2021, the crop circles that show up in the game in Fortnite have replicas in the actual world.

For clarity: There is not enough information release to determine if this is a hoax. Like actual crop circles, it's entirely possible that these photos aren't real. Having said that, here is a glance iFireMonkey's tweets that have players wondering just how far Epic Games is going with this new season.

We're not sold that the coordinates are all that important, given that there is only a week until the new season is finally released. Still, Fortnite's tendency to ramp up hype for big events and season changes never ceases to amaze.

This crossover with the real world is vaguely familiar to marketing stunts pulled by Epic Games for the Chapter 2 Season 5 transition, in which some people visited real life locations related to the Zero Point and Durr Burger and received information and V-bucks from actors on the scene. Aliens have always been a hot conversation topic for many people. So, if this is a stunt to follow that marketing strategy, then they have hype down to an art form (both figuratively and literally, base on the images above).

That's what we know so far about this interesting development for the new season! Be sure to check out our Fortnite Homepage for the latest news and guides!

Don't forget, there are Foreshadowing Quests in-game that reveal information about what's to come in Season 7. Complete one of them using our guide on Where to Destroy Spooky TV Sets in Fortnite.