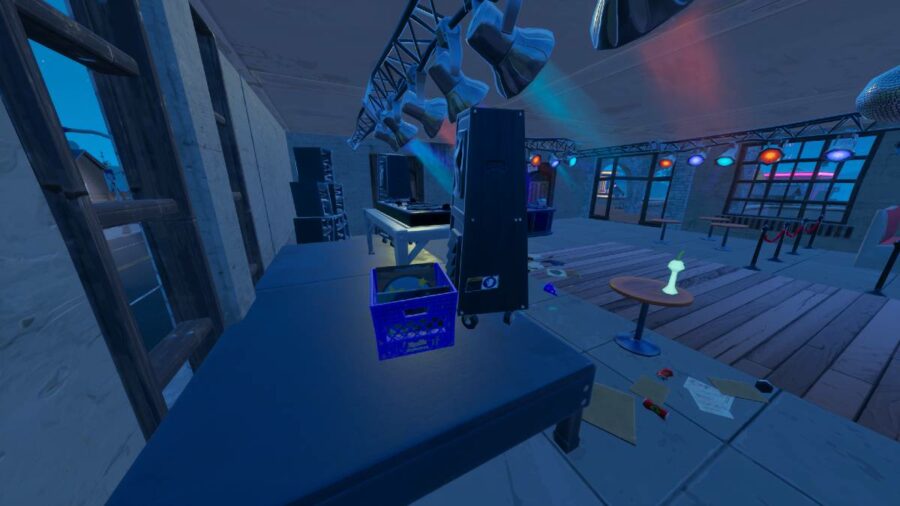 The first quest we must complete for the newly added Ariana Grande Monster Hunter questline is to collect a record and place it on a turntable. Many players might know where to find turntables since they are popular party locations in Battle Royale where even opponents might lay down arms to dance. However, few people know where to collect records.

It turns out you can collect records directly next to the turntables! In the map below, we show you where you can find the two most well-known turntables where you collect and play the records.

On the left, you can see where you'll find the turntable at Apres Ski, the landmark location in the mountain southwest of Misty Meadows. On the right, you will see where the turntable is in Believer Beach.

Want to see the rest of the quests for this questline, or even get some guides? Check out our list of All Containment Specialist Ghostbuster Punchcard Quests!