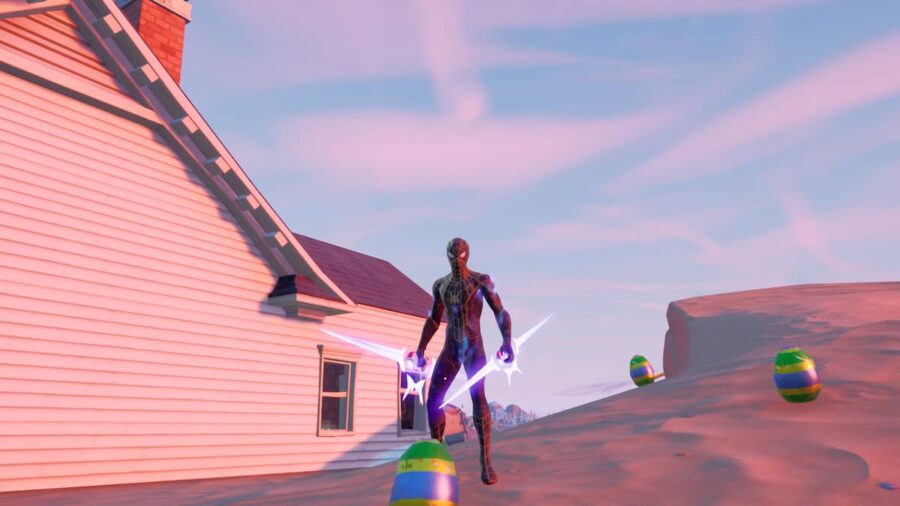 Players will also get to upgrade these Sideways weapons by visiting any of the upgrade benches found all across the map. Since Cube Monsters are not in the game, players will have to spend Gold Bars to level up the Sideways weapons. As highlighted by the developers in the official blog, the Sideways Showdown Week Quests will remain in-game for a week, before a new themed event arrives next week.

How to get Sideways Rifle and Sideways Minigun in Fortnite

The Sideways weapons became a major part of Fortnite Chapter 2 Season 8, and its return will definitely affect the meta in the current Season. These weapons were highly effective in previous Seasons, and players will look forward to using them during the war between the Imagined Order and the Seven. Unlike previous Seasons, Sideways weapons are now unvaulted as ground loot, which will make it easier for players to find one.

Related: Where to find Omni Chips at Shell or High Waters in Fortnite

Several leaks have also surfaced about the live event for Fortnite Chapter 3 Season 2, and it looks like players will face another Doomsday Device. While there is no confirmation from the developers yet, players can expect that the live event will set up the premise for the next Season.

How to overheat Sideways weapons in Fortnite

Wondering where to collect Omega Knight Tokens? Check out All Omega Knight Level Up Token locations in Fortnite – Guides for every week! on Pro Game Guides.