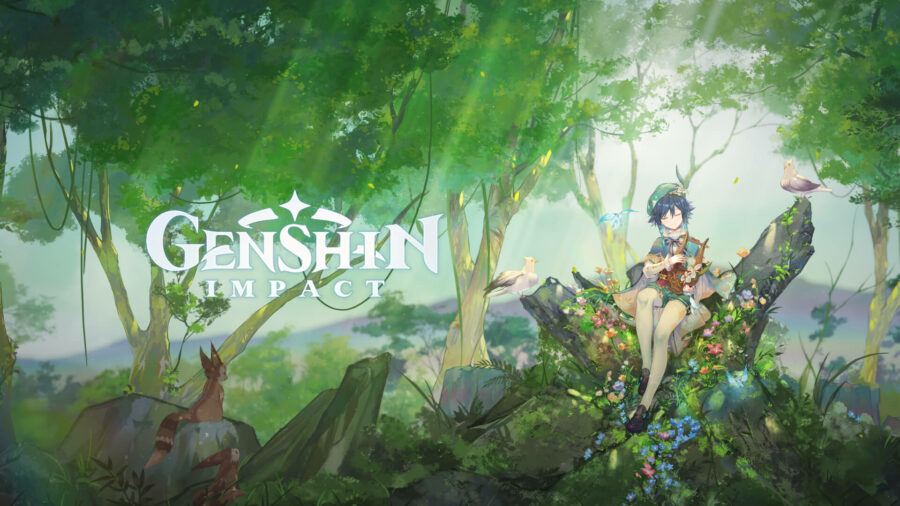 These are official Genshin Impact 1.5 patch notes! This is everything miHoYo has planned. We've compiled all of the known and leaked information from a variety of sources. Right now, we're pretty confident that the majority of this is right, but some things may change by the time the update is released. But as always, take everything with a pinch of salt.

Pre-install for v1.5 for both PC & Mobile begins on March 25 at 9 pm CT. This is the second time Mobile users have been able to pre-install a Genshin Impact Update.

When Genshin Impact 1.5 goes live, maintenance will occur for roughly 5 hours. This begins on March 28, 4 pm CT. As compensation for the downtime, everyone will be given 300 Primogems if they are above Adventure Rank 5 or higher. Even if the update takes less than 5 hours, you will still earn the 300 Primogems.

Compensation will be given within 5 hours after the update has been completed. Everyone who wants the 300 Priomogems must be logged in before 1.5 ends.

The Spindrift Knight, a scion of old aristocracy, and the Captain of the Knights of Favonius Reconnaissance Company. The reason for which a descendant of the ancient nobles might join the Knights remains a great mystery in Mondstadt to this very day.

For all character information such as Skills, Constellations, and Ascension Materials,. we've got you covered:

Originally named "Feiyan" in her character files, Yanfei is an eccentrically dressed character who is set to release around the same time as Eula. As a four-star character, Yanfei will be much easier to obtain than her Cryo counterpart.

For all character information such as Skills, Constellations, and Ascension Materials, we've got you covered:

Adepti use Serenitea Pots as media through which they can channel their adeptal power and create realms and abodes.

As the owner of this realm, you may decorate it however you wish and turn it into a home away from home.

After using and summoning the Serenitea Pot, you can interact with it and enter the abode within.

A spirit that lives inside the teapot. It is said that she was created by the adepti themselves. She looks after many matters within the realm, serving as a butler of sorts.

As you place more furnishings and increase the level of Adeptal Energy within the realm, the teapot spirit will become more trustful of you.

The amount of Adeptal Energy within the realm will gradually increase along with the number of furnishings placed.

You can obtain the materials required to create furnishings in many different ways, all around Teyvat. For example, you can obtain wood for making Furnishings by cutting down trees.

You can use Realm Currency in the Serenitea Pot to exchange for items of your choice.

Tenacity of the Millelith (4-Star and 5-Star)

Obtain artifacts in the above sets from Ridge Watch, the new Domain of Blessing at Bishui Plain.

Obtain artifacts in the "Tenacity of the Millelith" and "Pale Flame" sets from Ridge Watch, the new Domain of Blessing at Bishui Plain.

The new Trounce Domain, Beneath the Dragon-Queller, has been added to the Nantianmen area.

Elemental creatures who protect themselves from incoming attack with their durable shell.

An enormous dragon as ancient as the mountains themselves.

New Elite Monster: A creature of the Abyss Order that calls upon thunder and lightning in praise of the darkness.

During the event period, go to Places of Interest and defeat the opponents there to gather Irminsul Fruit Fragments and obtain Fractured Fruit Data.

During the event period, challenge the Twisted Realm and get as high a score as you can. Reach a combined score of certain amounts to claim Fractured Fruit Data.

Hangout Event: Diona - Act I "The Cat and the Cocktail"

They say that there's a popular bartender at The Cat's Tail.

Noelle reveals to you that she is very anxious about the Knights of Favonius selection exam. At your suggestion, she decides to emulate the knights she knows in an attempt to overcome her sense of unease.

• Adventure Rank 35 or above

New World Quests: "A Timeless Classic" and "When the Trail Goes Cold"

*Other new World Quests will be added at a later date, including "Mr. Melancholy" and "Mimi Tomo"

New Achievements: "A Realm Beyond: Series I," "Memories of the Heart," etc.

• Your character will be periodically inflicted with Slowing Water, greatly increasing your skills' CD duration until the inflicted Hydro element is removed.

Physical DMG dealt by all party members increased by 75%.

○ Updates the monster lineup on Floor 11 of the Spiral Abyss.

○ Updates the monster lineup on Floor 12 of the Spiral Abyss.

Starting from the first time that the Lunar Phase refreshes after updating to Version 1.5, the three Lunar Phases will be as follows:

When a character scores consecutive hits on an opponent with Normal Attacks within 2s, this character's Physical DMG is increased by 5% for 10s. This effect stacks up to 5 times, and only 1 stack is added at a time regardless of how many enemies are hit in one strike. When 5 stacks have been obtained, further hits on opponents will unleash shockwaves that deal AoE DMG. A shockwave can be created in this manner once every 1s.

A backlash will occur when opponents hit a character protected by a shield, unleashing a shockwave that deals AoE DMG. Can occur once every 6s.

When a character scores Normal, Charged, and Plunging Attack hits that deal Physical DMG to opponents, this character's CRIT Rate is increased by 3% for 10s. This effect stacks up to 5 times, and only 1 stack is added at a time regardless of how many enemies are hit in one strike. When 5 stacks have been obtained, CRIT Hits on opponents will unleash shockwaves that deal AoE DMG. A shockwave can be created in this manner once every 1s.

The new Mail Pins function has been added. Pinned mail will be placed at the top of your mail list and will not be deleted when pressing Delete Read. However, pinned mail will still expire as normal.

On mobile, UI Border Offset setting has been added to Settings > Controls.

Adds voiced interactions for characters in the open world.

Adds a Compatibility Mode option for the audio API on Android devices. Try switching to this mode if you experience any of the following issues:

Due to unforeseen circumstances, in English, the voice of Diona in Diona's Hangout Event is temporarily provided by Jackie Lastra.

Three opportunities will arise every week to halve the Original Resin cost of revitalizing the Trounce Blossoms at the Trounce Domains and Dominator of Wolves challenges.

In Co-Op Mode, when there are two or less characters in the team that can be controlled per player, the Companionship EXP obtained is doubled.

Optimizations to some controls when using a controller:

• When moving the left joystick up and down to select who you want to chat with, the right side of the screen will switch to the corresponding chat information without needing to first press the Confirm button.

• Move the left joystick to the right to enter the selected chat.

• The left joystick can now be used to switch between sections of the interface in Settings and Achievements.

• Optimizes the display design of the Controller screen: When a button status changes from usable to unusable, the button icon will be hidden.

• The controls to skip the Battle Pass animation, Wish animation, and animation of claiming rewards in Domains has been changed for controller users: now, hold the circle/B button to skip; the confirmation pop-up window has been removed.

• The button layout display of different controllers has been made consistent.

Optimizes the default text and display status in the text entry box:

• When the text entry box in the current chat is empty, the draft (if any have been saved) will be displayed.

• The text entry box will be cleared after a draft is completed and sent, if the chat is deleted from the chat list, or after exiting the game.

Optimizes some displays of chat boxes on PC and PlayStation®4:

• After deleting the other player in the chat, the chat content on the main chat screen will be deleted.

• On mobile, the Acceleration Slider (Aimed Mode) setting has been added. With this setting enabled, the camera movement speed will change dynamically with the speed of your finger. Sliding faster causes the camera angle to rotate more.

The amount of Condensed Resin has been added above the button to claim rewards for Domains and Ley Line Blossoms (if you have no Condensed Resin, it will not be displayed).

Optimizes the anti-aliasing effect on the avatar in one's profile.

Optimizes the animation performance of nearby monsters and objects in Co-Op Mode when the visiting player is far from the host player.

Optimizes the aesthetics of lighting effects of certain weapons after ascension.

Adjusts some missions in Battle Pass > Weekly Missions (the total BEP that can be earned remains unchanged by the adjustment).

• Complete the Wolf of the North Challenge

• Complete Trounce Domains or the Dominator of Wolves challenge 3 times

• Create a total of 10 furnishings

The Stellar Reunion event is amended as follows:

a. Deletes the following quests:

b. Adds the following quests:

• Enhance a weapon once

• Enhance an artifact once

c. For the Original Resin consumption quests, decreases the quantity of Original Resin that Travelers at Adventure Rank 10–50 are required to consume

No change has been made to the total points that can be obtained in one day.

Applies to: Travelers who activate the Stellar Reunion event after the V1.5 update