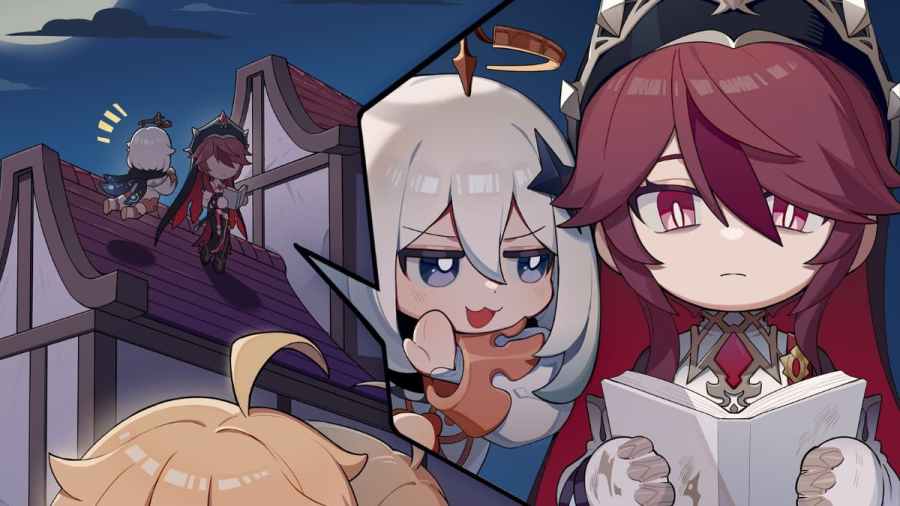 Rosaria is a nun affiliated with Genshin Impact's Church of Favonius, although her lack of devotion to Barbatos is atypical of the members of this organization. She's known to despise participating in the Chuch's regular activities, instead taking on the role as their purveyor of justice, keeping Monstadt safe in the dark. Rosaria is a four-star Cryo polearm user with a versatile kit that you can use in various teams. Here are some of our recommendations if you plan on building her.

Rosaria can be used as a main, sub, or off-field DPS unit, as well as a Cryo support with her ability to generate Energy, buff team members, and apply constant Cryo when her Elemental Burst is on. Her versatile playstyle allows her to slot into Reverse Melt and Freeze teams, but can also cheese her way into any team if you absolutely insist on using her.

Rosaria's Elemental Skill teleports her behind enemies (except extremely large bosses) and deals Cryo Damage. When successfully striking an enemy from behind, her Crit Rate also increases by 15 percent. This synergizes with another one of her passives, which increases all nearby party members' Crit Rate by 15 percent of Rosaria's Crit Rate (max 15 percent), so it's ideal to use her Elemental Skill first before following up with her Burst. Meanwhile, her Elemental Burst forces a giant lance to fall to the ground, which will pulsate with AoE Cryo Damage for a few seconds.

Related: How to get The Tome of Taliesin Hidden Achievement in Genshin Impact

Rosaria can benefit from Attack Sands, a Cryo Damage Goblet, and a Crit Rate or Damage Circlet. Prioritize increasing her Crit Rate as much as possible to maximize the Shadow Samaritan Talent. Additionally, you need to build enough Energy Recharge to use her Elemental Burst as much as possible—typically around 120 to 150 percent, depending on your team comp.

Meanwhile, being a flexible character, Rosaria can use a plethora of Artifact sets.

Rosaria has a lot of great weapon options, favoring those with high base stats and offensive substats. If you're on a budget, four-star options Favonius Lance (support) and Deathmatch (DPS) are some amazing picks.

Rosaria is best slotted in Freeze, Reverse Melt, and even Superconduct teams. Here are some of her best teammates for each team comp.

Check out our Genshin Impact Rosaria farming guide here on Pro Game Guides to collect all the materials to Ascend Rosaria.