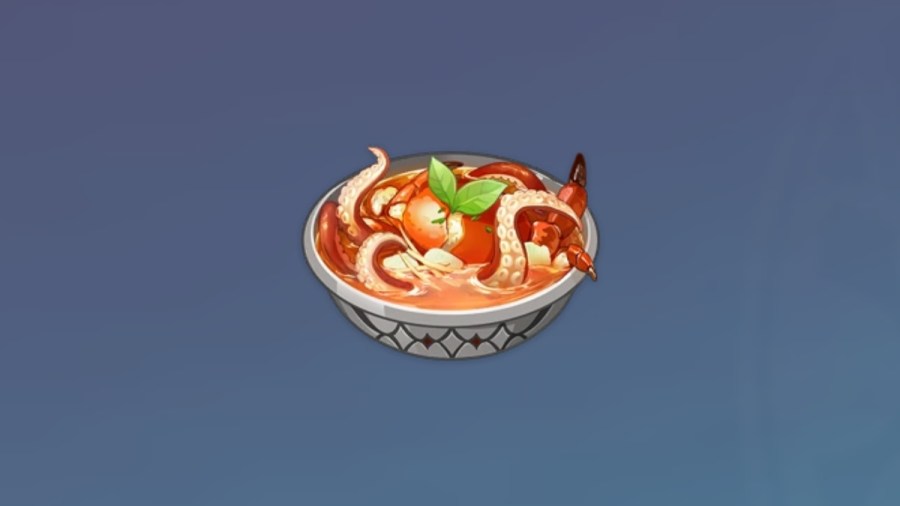 Childe, also known as Tartaglia, is the eleventh Fatui Harbinger who once fell into the Abyss and survived the ordeal. His thirst for challenges has taken him to some of the most dangerous situations, but he's known to never back down from a battle. Despite this, he genuinely cares for his family, especially Teucer, his younger brother. He has also raved about the giant fish that could be caught in his hometown called Morepesok. Childe's Special Dish is fittingly called A Prize Catch, a variation of the Calla Lily Seafood Soup.

How to get Tartaglia's Special Dish Recipe in Genshin Impact

How to cook A Prize Catch in Genshin Impact

You can cook A Prize Catch on any stove using Childe. It's unfortunately not possible to cook the Special Dish if you haven't pulled him. Interact with any bonfire or stove to open the cooking menu and select Calla Lily Seafood Soup, which you can make with the following ingredients:

If Childe cooks Calla Lily Seafood Soup, there's a chance for him to make A Prize Catch instead. The exact rate for cooking Special Dishes is unknown, but it works on both Manual and Auto Cook modes.

These two Recipes will boost your party's Defense, making them great for Defense-scaling characters like Arataki Itto and Gorou.