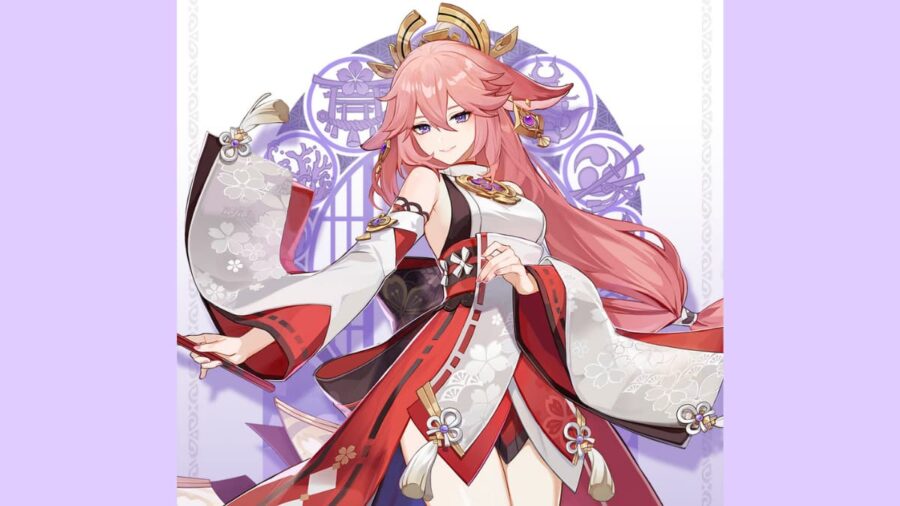 Another update is incoming! Genshin Impact's development team continues to expand Teyvat with new areas, characters, and exciting events and stories, one update at a time.

Check out this compilation of leaked content that's expected to drop in the game's Version 2.5. But remember: take leaks with a grain of salt and know that changes between the beta server and actual release aren't uncommon.

A huge thank you to UBatcha, Genshin_Intel, WFP, Honey Impact, and the Genshin Impact community.

Genshin Impact's Version 2.5 update is scheduled for Feb. 16, 2022. This is subject to change but falls in line with the game's attempt to roll out a consistent six-week update period.

This is our tentative road map of when the updates should be released. Anything after update 2.5 is purely guesswork based on the game's six-week update schedule so far, as miHoYo has not released another roadmap.

Genshin Impact has confirmed via Twitter a new character who will make an appearance in Version 2.5.

The Grand Narukami Shrine's head shrine maiden and a descendant of Kitsune lineage, Eternity's servant and friend... and the intimidating editor-in-chief of Yae Publishing House, a publisher of light novels.

Learn more about this coy priestess by checking out our guide on Everything we know about Yae Miko in Genshin Impact – Abilities, voice actor, and more! and our wiki page on Yae Miko's Skills, Constellations, Ascension materials, and more.

While Yae's banner placement is unconfirmed, it's highly likely that she'll occupy the first banner without a second five-star. Meanwhile, some leakers have revealed the possibility of Raiden Shogun and Sangonomiya Kokomi's appearances in the second banner of Version 2.5.

Based on current leaks, two new catalysts are expected to drop in Version 2.5.

The new enemies leaked for Version 2.5 amp up the game's difficulty level with mechanics that will keep you on your toes—or drive you crazy.

Raiden Shogun is expected to appear as a new Weekly Boss in Version 2.5. She will be located under the Grand Narukami Shrine.

She has been leaked to come in six Phases, but keep in mind that the information is still subject to change.

Related: Will Raiden Shogun be a weekly boss in Genshin Impact 2.5?

Based on their leaked abilities, these pesky new enemies are unapologetically anti-shield. Get your healers ready when exploring Enkanomiya and delving into the Spiral Abyss.

There will be no Ley Line Disorder on this floor.

Some new dishes could possibly make their way to Teyvat—and Paimon's tummy! Check out what we've been able to scrounge so far:

Name Card collectors will be excited to hear that, per leaks, there should be at least three new Name Cards coming in the update.

Enkanomiya-themed Furnishings are expected to drop in Version 2.5. These include plant life and houses. There's also going to be a new mini-game Furnishing called the Leisure Device: Archery Game, which will allow you to play a scored archery game in your Realm, whether alone or in Co-op. Its design visually appeals more to Monstadt-themed Realms.

Related: How to change the background music in the Serenitea Pot in Genshin Impact

Quality-of-life has been on miHoYo's list of priorities, and there's no better way to execute that than by fixing the in-game UI to be as convenient as possible.

Due to censorship issues in China, miHoYo announced alternate outfits for Amber, Mona, Jean, and Rosaria. Leakers believe that these will come out in Version 2.5.

Get excited for more Inazuma lore, which has been leaked to come in the form of two Story Quests. Make sure to stock up on Story Keys before the update drops!

This is an exploration event where players must solve puzzles in the darkened Enkanomiya. The exploration progress in this event is separate from your progress in Version 2.4.

It's a large event with plenty of new Chests and puzzle mechanics, but keep in mind that the leaks below may still change between the beta and Version 2.5 release.

This bartender event is expected to take players back to the Angel's Share in Monstadt. Play the role of bartender and mix juices, tea, and coffee, and unlock 21 recipes. It's unclear whether or not the recipes can be used post-event.

These are four-stage timed challenges serving NPC customers with various preferences. The following characters may also make an appearance (including voicelines!):

The Hyakunin Ikki event was first released in Version 2.1, and leakers revealed that it may make a comeback in Version 2.5. The event involves completing six timed stages in pairs of two, aided by various buffs that you can assign to each team.

The new enemies, Shadowy Husks, are expected to appear in this event. The following trial characters have also been leaked to appear: Ayaka, Yoimiya, Kazuha, Itto, Xiangling, and Razor.

The Divine Ingenuity has been leaked to be a new event type, where players can design Domains and publish them for others to challenge. These are mob-free Domains that will test your puzzle-building capabilities with traps, wind fields, trampolines, and Element-applying platforms.

Stay tuned for more updates, leaks, and guides here on Pro Game Guides. Don't forget to start exploring Enkanomiya by following our guide on How to complete The Subterranean Trials of Drake and Serpent World Quest in Enkanomiya Genshin Impact.