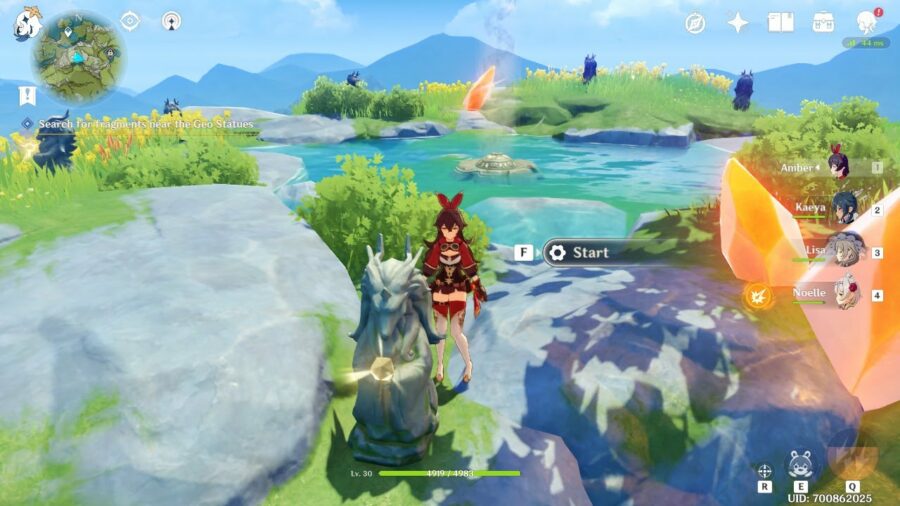 As you dive deeper and deeper into the world of Teyvat, you'll no doubt have a multitudinous amount of quests that need completing. The more you explore, the more quests you'll encounter. These quests are always worth completing, as you always get an array of rewards and loot for completing them.

The Chi of Guyan is a side-quest in Genshin Impact. It takes a few steps to complete, and you have to solve puzzles involving statues and fight some enemies. Follow this guide if you want to get through it easily.

You start the quest by speaking to an NPC called Yan’er in the ruins at Northern Liyue. She’ll tell you to explore the ruins that are guarded by the Ruin Hunter. Defeat the Ruin Monster, and you’ll have to interact with the incomplete writing. It tells you to investigate the area, and you have to defeat more enemies and interact with the three statues near the orange crystals. When you’ve activated all three statues, you’ll see a Precious chest appear near the incomplete writing. You then have to follow the instructions to speak to the locals at Qingce Village.

The villagers tell you to speak to Granny Ruoxin, located near the waypoint shrine at the top of the village. She sends you to find fragments near more statues in the nearby area.

The first fragment is at the top of a hill to the west of the village near a waypoint shrine. You’ll then have to interact with the incomplete writing and solve the puzzle of the statues. They have to be activated in a specific order for you to find the fragment.

Choose the center one first, followed by the far right. The third one is to the center’s left, and the fourth one is to the right of the center. The last one is on the far left. The chest will appear, and you can collect your fragments.

The second fragment is on a tall hill to the west of Qingce Village, on a tall hill with bamboo. Just like with the first shrine, you’ll have to interact with the incomplete writing and activate the stones in a particular order. If you’re facing north, start with the one in the center, followed by the one in the south-east corner near the bamboo fence. You can then proceed to the one diagonally across from it near the wall with an orange crystal beside it. The last one is also near the wall but facing the green pine. You can then grab the fragments and go back to Granny Ruoxin in the village. 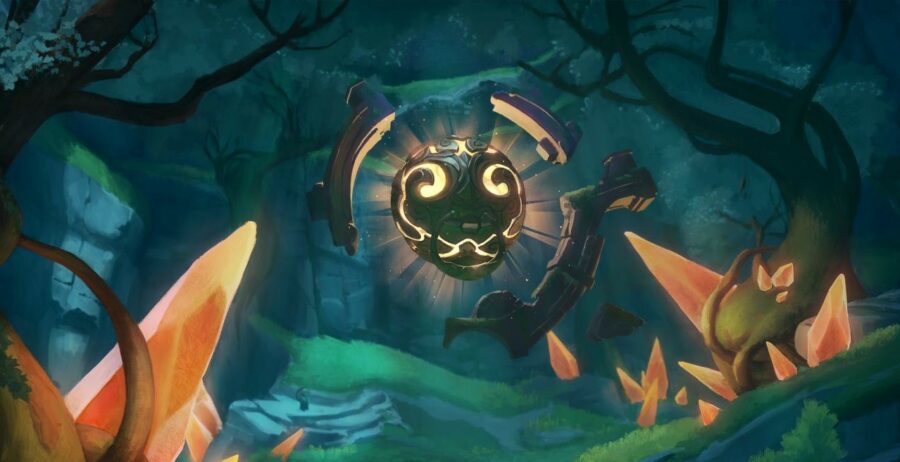 You’ll then have to make your way to the vault behind a waterfall to the village’s northwest. You can enter through a cave to the right of the waterfalls. Go past the gate, and you’ll have to defeat many enemies, including a few Ruin Guards and a Ruin Hunter. Once they're defeated, you can search the cave and grab all the loot.