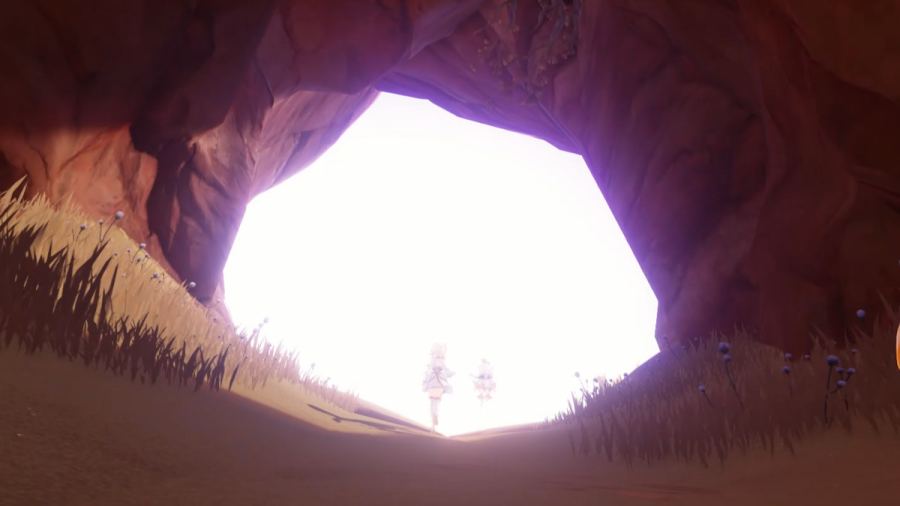 Escape from the Hospital is a Genshin Impact Wonders of the World Achievement that you can unlock by finding your way out of the underground cave in the abandoned hospital in Dar al-Shifa. In this haunting exploration objective, you can retrace the steps of the desperate captive named Abbas, who presumably managed to escape with the help of an eroded hoe.

To begin this Hidden Exploration Objective, you must complete the Sumeru Archon Quest Chapter III: Act IV - King Deshret and the Three Magi up to the part where you can freely explore Dar al-Shifa.

Head to the front of the hospital in Dar al-Shifa to find a hole in the ground—its exact location is circled in the image above. Jump into the hole and use a Plunge Attack to break the boulder blocking the way, revealing a huge cave for you to explore. Once inside, follow the path forward until you can see a clearing with Hilichurls around a locked Precious Chest.

You don't need to defeat any of the enemies for this objective, but we highly recommend that you do to unlock the Chest and rewards. Use Elemental Sight to find the locations of two boulders. You need to break the one on the left (circled above) using a claymore or Geo Damage to open up a path leading toward the exit. Meanwhile, you can also break the one on the right to unlock another Chest by defeating enemies.

Follow the path opened up by the boulder on the left to find another clearing with a locked Chest. Again, this part is optional, but you can defeat the enemies to unlock the Chest and loot rewards. Once you're ready, keep following the path until you find yourself at a dead end. Use a claymore or Geo Damage to break the boulder and proceed forward. Keep following the path until you encounter one last dead end—break the boulder to prompt a cutscene where you and Paimon exit the cave.

Once you're finally outside, interact with the nearby Severely Eroded Hoe to get the Wonders of the World Achievement called Escape From the Hospital.