Genshin Impact is a free-to-play title so everyone can enjoy it, whether you're on PC, PS4, or even a mobile device! The game uses a gacha system where players can use a various amount of different currencies for the chance of getting something that's incredibly rare. If you want, you can play the game and receive these currencies naturally through the course of the game, or you can pay real money to access some of them more quickly, through the use of microtransactions.

One such currency that is incredibly important is the Primogem; though it may not be the rarest of the currencies in Genshin Impact, it's definitely, without a doubt, one of the most vital. Here's a guide on how to farm for Primogems.

How to Get Primogems

Like everything in this title, there are multiple ways to acquire stuff, and Primogems are no different. The easiest way is to just go log in to the game, and you'll get a daily login gift, but only if you log in every day; if you miss a day, you cannot get the final login reward. On some days, the gift will be an amount of Primogems. For launch week, if you manage to log in for all 7 days, on day 3 and day 7, you'll get Primogem as a bonus. 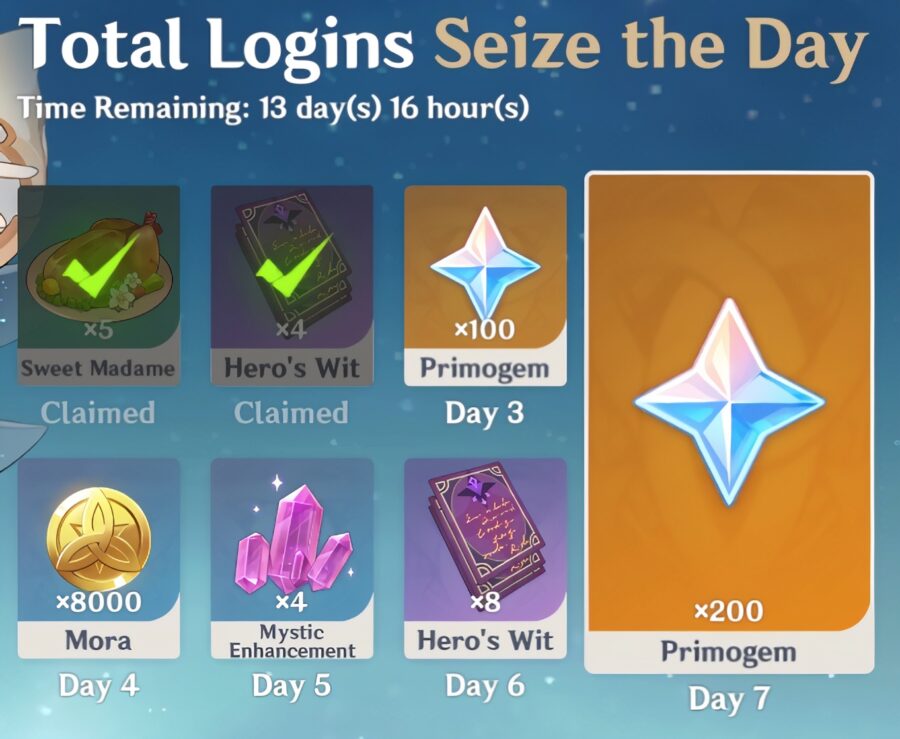 The second easiest way to earn Primogems is just by playing the game. By fulfilling quests, tasks, challenges, and the like, you'll most likely get Primogems as a reward. Eventually, as you play through Genshin Impact, you'll unlock the Adventurer's Handbook. In this book, you'll be asked to do some mini-quests, and for each one completed, you'll get a reward. Once all the quests on a page/chapter have been completed, you'll unlock a bigger reward, which will always give you some Primogems. 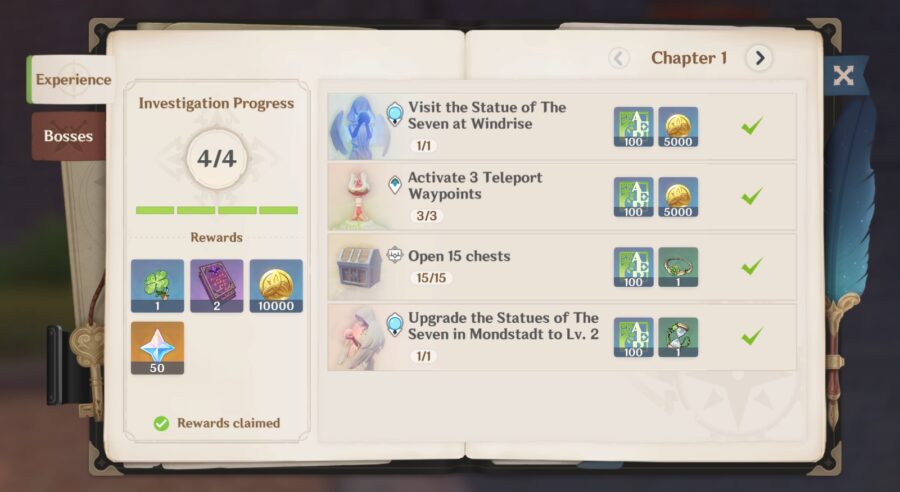 Another way to farm Primogems is once you hit Adventure Rank 12. At this rank, the first dungeon opens up called Explore: Windy Cliff, whereupon completion for the first time; you'll get a bunch of extra rewards. With every third increase of Adventure Rank, other dungeons will become available, the next being at Rank 15, then 18, then so on.

These are the free ways to get Primogems within Genshin Impact, there are other ways to acquire them, but they require you to pay real-world money. You can buy a monthly card that awards you with various things for the price of $4.99. This month's card is called Blessings of the Welkin Moon, whereupon purchase you immediately receive 300 Genesis Crystals, a daily gift of 90 Primogems, which amasses to 2700 Primogems across 30 days! Read here for more details on how to spend Primogems to acquire Wish currency.

There is a Battle Pass in Genshin Impact, but only when players reach Adventure Rank 20. Like normal, there is a free version and a paid version, which nets you more stuff!

Check out all the other guides in our Genshin Impact section!