We have made a new format for all of this information, and it includes everything you need to know to find Noctilucous Jade!

If you've played and loved Zelda: Breath of the Wild, you should definitely give Genshin Impact a go! There is heavy inspiration drawn from the legendary series, but to be inspired is to be loved, so it's not a bad thing! One thing that is not taken from the Breath of the Wild is the use of the gacha systems, which is ultimately based on luck on what you get by spending the premium currencies known as Fates! Could you get a 5 Star character, or maybe even an amazing 5 Star weapon? It's entirely up the game; however, if you're really unlucky, the game's Pity System will give you a helping hand once in a while!

Once you've explored the region of Mondstadt, then the next region you'll head to is the Liyue region, and you'll notice straight away that giant mountains and water replace the lushes of the forests! If you've hit Adventure Rank 20, you'll have unlocked the Battle Pass and the Weekly Mission to collect 100 Liyue Local Specialties. One such specialty is the Noctilucous Jade, so where can you find one? 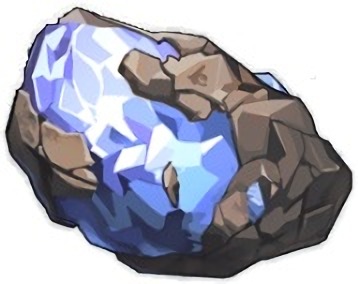 If you're using Beidou in your team, then why not complete the collect 100 Liyue Local Specialties simultaneously, as Noctilucous Jade count towards this mission!