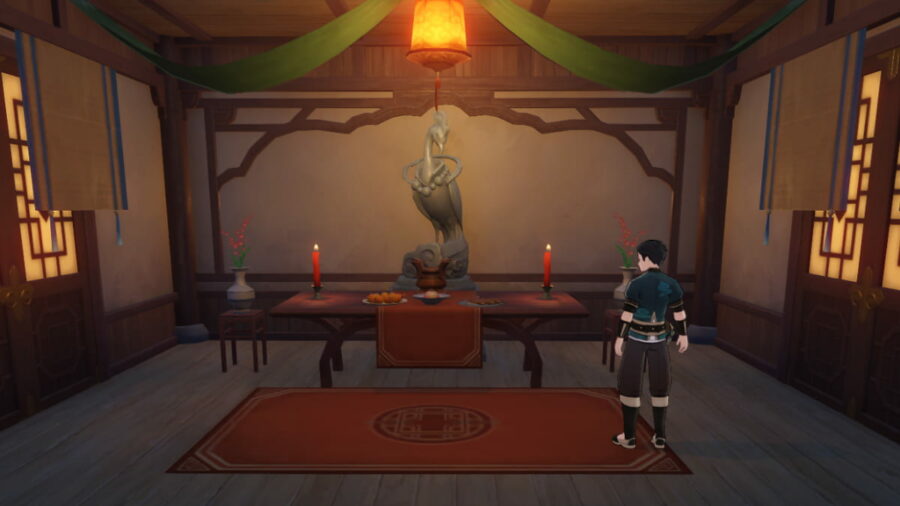 Hereafter: Return to the Mountains is the third and final part of the three-part World Quest series that acts as a mini-sequel to Xiao's Story Quest, the Alatus Chapter: Act I—Butterfly's Dream. To unlock this part of the questline, you must wait one real-time day after completing Hereafter: All is Well. The quest will automatically greet you when you log in.

It's a fairly simple quest that closes Wang Ping'an's redemption arc. Simply head to Pervases' Temple below Mt. Tianheng to the west of Liyue Harbor and speak to Wang Ping'an. He will give you x1 Fine Incense, which you need to offer to Pervases by interacting with the marked-up spot on the table.

After, another dialogue will prompt with Wang Ping'an, where he tells you he has much work left to do to complete his book about Adepti. You'll be rewarded with 150 Adventure EXP, 30,000 Mora, and three Hero's Wits for your efforts thus far.

Related: How to complete Akashi’s Archery Challenge in Enkanomiya in Genshin Impact

All three parts of this World Quest series offer Reputation Rewards, which can be claimed from Ms. Yu at the southern wharf of Liyue Harbor. Each quest gives 20 Liyue Reputation EXP, which will count toward unlocking various rewards from the region's Reputation System. Since the weekly EXP you can obtain is shared across all regions, it's best to complete these quests to reduce the number of Bounties you need to do for Liyue.

How to complete the Antigonus World Quest in Enkanomiya Genshin Impact