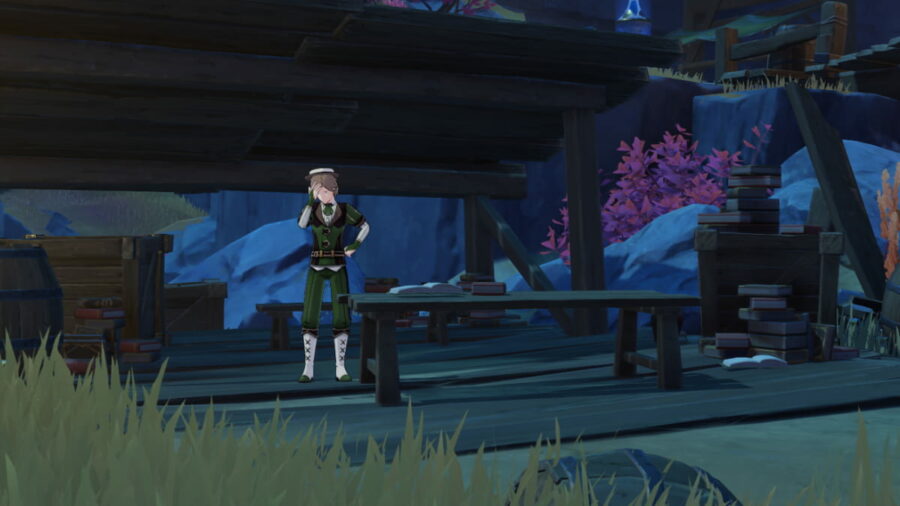 Your goal is to find the precious ring that he stole but was stolen from him by a Weasel somewhere in The Chasm. Follow the quest marker to Glaze Peak, where you'll find a Treasure Hoarder tent with a sparkling book.

The book contains the Treasure Hoarders' notes, which specify the Weasel feeding schedule. Your goal is to find the Golden Weasel, which only appears from 00:00 to 1:59. Change your in-game time accordingly, then head to the nearby glowing Investigate spot and interact with it to whistle.

Related: How to unlock The Lost Valley Domain in The Chasm — Genshin Impact

After whistling, the Golden Weasel will appear from the burrows. Attack it to obtain a Brass Ring. But act fast, as the Weasel moves very quickly. Once that's done, bring the ring back to Taliesin to complete the World Quest.

Check out our guide on How to destroy all Bedrock Keys in the Surreptitious Seven-Star Seal Sundering World Quest in Genshin Impact to complete the prerequisite to this World Quest.

How to complete the Stolen, by the Rightful Owner World Quest in Genshin Impact