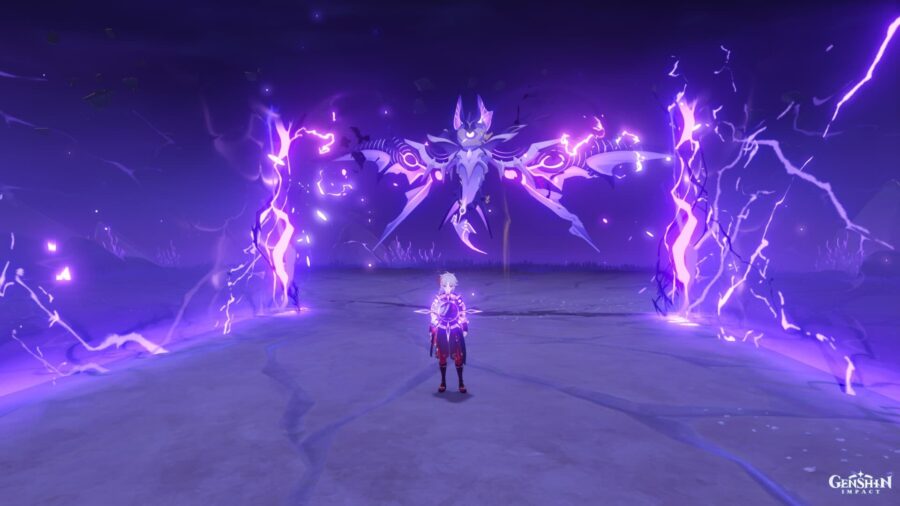 Storms Beads are a Four-Star material in Genshin Impact. It can only be obtained by defeating Level 36+ Thunder Manifestation.

Thunder Manifestations is located on Amakumo Peak, on Seirari Island in Inazuma. You have to have completed the Serai Stormchasers quest to unlock this boss to farm.

On World Level 0, Level 36 is the starting level of this boss, but on World Levels higher, you will get all previous tier rewards. To collect the battle rewards, you must spend 40 Original Resin. If you have Condensed Resin, you can claim two sets of rewards instead of one.

Related: How to farm Sango Pearl in Genshin Impact

Thunder Manifestation is a normal boss, so these respawn upon leaving the area for a few minutes, teleporting, or logging out of the game. Meaning you can acquire a number of Storm Beads depending on how much Original Resin you have.

Due to Storm Beads being a character ascension material, only certain characters use this material to level up, but more may be added in future updates. At the moment, Shogun Raiden and Sara need Storm Beads in their ascension.

Crackling Electro pearls left behind by the Thunder Manifestation.

It is said that Thunder Manifestations will only descend upon lands where powerful hatred dwells. The singers say that it is the unbearable disappointments and sufferings of life that drive them to forever wander the broken earth, unleashing sky-searing lightning as they go.