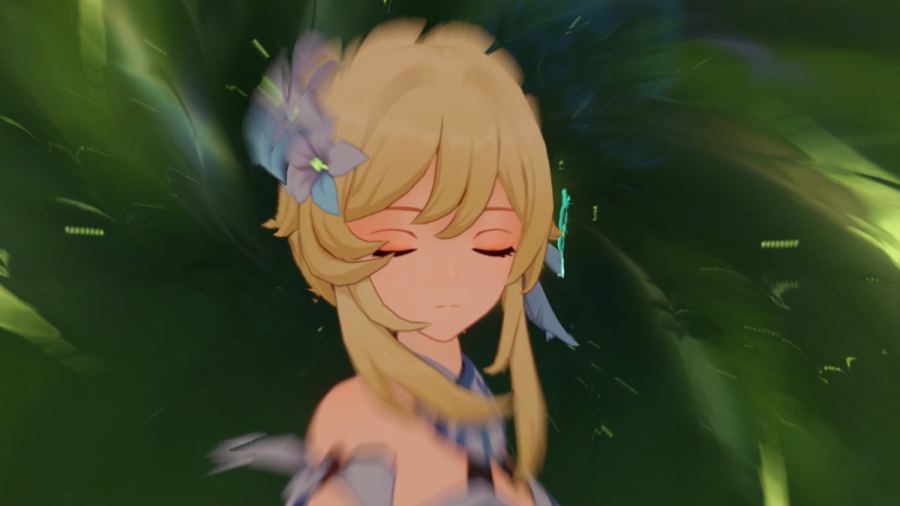 The Genshin Impact Sumeru Archon Quest Chapter III: Act V - Akasha Pulses, the Kalpa Flame Rises is divided into five sub-quests, the third of which is called Jnagarbha Day. After being locked up by the scholars thanks to Alhaitham's efforts, you must find a way to connect to Nahida's consciousness, which is trapped in the Sanctuary of Surasthana.

Since this is a special story segment, you'll be controlling the Traveler and won't have access to the World Map. The mini-map will also be blacked out. If you choose to leave, you can return and continue any time.

Related: How to unlock the Sumeru-themed Realm Layout in the Serenitea Pot in Genshin Impact

Face north and keep going until you find a bookshelf blocked by trees and rubble, pictured above. Once you spot it, turn right to find a glowing spot behind the tree. Interact with it to Investigate the signal and eventually build a connection with Nahida's consciousness.

What better way to connect to Nahida than to play her yourself? Check out our Genshin Impact Nahida farming guide to build your Dendro Archon.