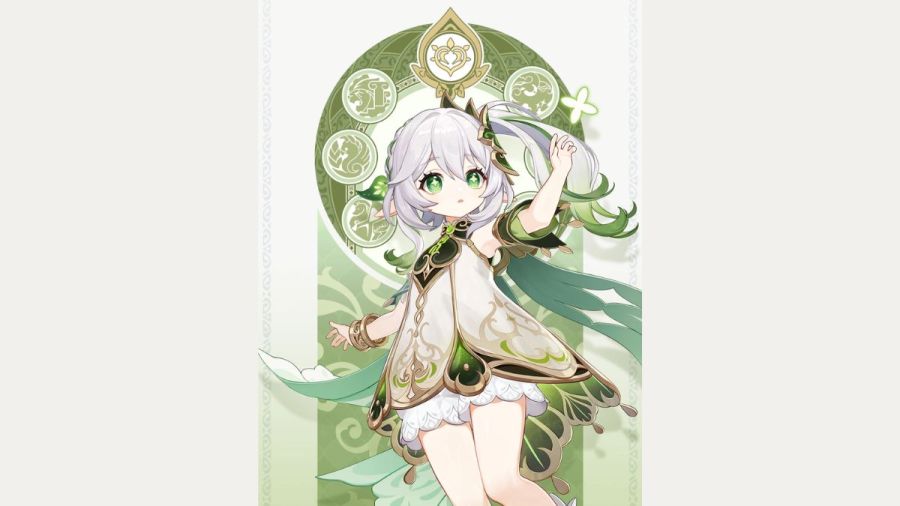 Nahida, also known as Lesser Lord Kusanali, is Genshin Impact's Dendro Archon. While she has little control over the Akademiya-ruled Sumeru, she has displayed the unique ability to possess people and peer into their souls. Nahida is an easy-to-use Dendro catalyst user who you can slot into a plethora of team comps.

You need to prepare the following to level up Nahida to either 80 or 90. This doesn't include Ascension and Talent costs.

You need to prepare 420,000 Mora and the following materials to fully Ascend Nahida. The Mora value doesn't include level-up and Talent costs.

Kalpalata Lotus can be farmed in cliffs around Sumeru's rainforest region, while Quelled Creeper is dropped by a Normal Boss called the Dendro Hypostasis, which you can find south of Dal ar-Shifa.

These are dropped by all Dendro Normal and World Bosses, such as the Jadeplume Terrorshroom and Dendro Hypostasis. Additionally, you can convert materials using the Crafting Table to turn your Gemstones into Dendro ones.

These are dropped by all fungi in Sumeru.

You need to prepare 1,652,500 Mora and the following materials to level up all three of Nahida's Talents to level 10. The Mora value doesn't include character level-up and Ascension costs.

These can be farmed from the Steeple of Ignorance Domain in Chatrakam Cave on Tuesdays, Fridays, and Sundays.

These are dropped by all fungi in Sumeru.

Crowns of Insight are limited rewards that can be obtained from big events. Meanwhile, Nahida's Talent level-up materials are Puppet Strings, which can be farmed from the Scaramouche Weekly Boss called the Shouki no Kami.

Check out our Genshin Impact Layla farming guide to prepare for another Sumeru character.