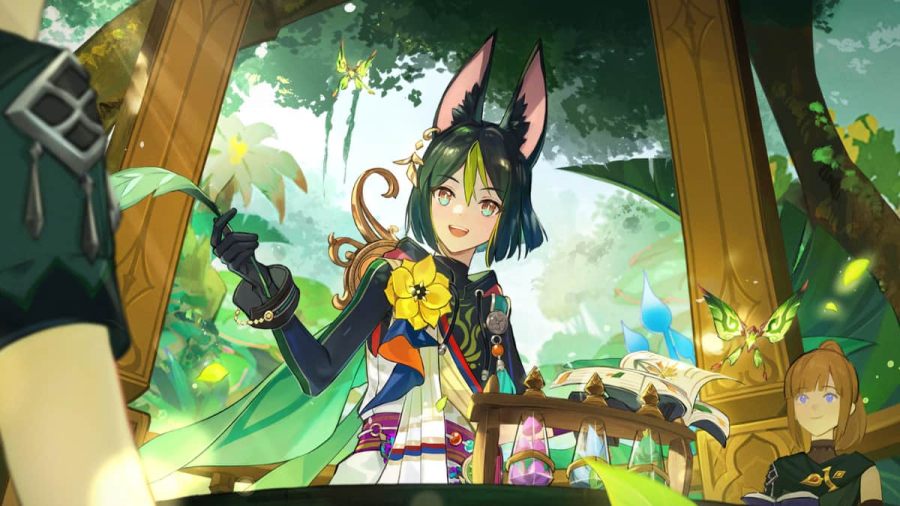 The Nagadus Emeralds are Dendro character Ascension materials that can be used for the likes of Collei, Tighnari, and more. The series consists of four materials: the Sliver, Fragment, Chunk, and Gemstone.

Where to get Nagadus Emerald Ascension materials in Genshin Impact

Nagadus Emerald materials are dropped by Dendro Normal and Weekly Bosses, such as the Jadeplume Terrorshroom, which can be found northwest of the Vissudha Field in Sumeru, west of the Vanarana. It costs 40 Original Resin to claim rewards. The higher your World Level, the better your chances at getting the higher-tier Nagadus Emerald drops. However, there’s no guarantee of getting this material in a specific tier, regardless of your World Level.

Related: How to get Thunderclap Fruitcore in Genshin Impact

Meanwhile, you can also exchange other Elemental stones for Nagadus Emeralds. Switch to the Convert tab on the upper part of the screen and select the Nagadus Emerald material you need. You can convert any of your existing stones of other Elements plus some Dust of Azoth in exchange for their Dendro counterpart. Click on the switch button beside the recipe to change the stone you want to exchange.

Genshin Impact regularly hosts events that historically provide character Ascension materials as rewards. Make sure to participate in these events to farm some Nagadus Emerald stones at no Resin cost.

Check out our guide on How to solve all Contemplation & Association questions in the Genshin Impact Sumeru Archon Quest to help you end the eternal samara.

How to get Nagadus Emerald Sliver, Fragment, Chunk, & Gemstone in Genshin Impact