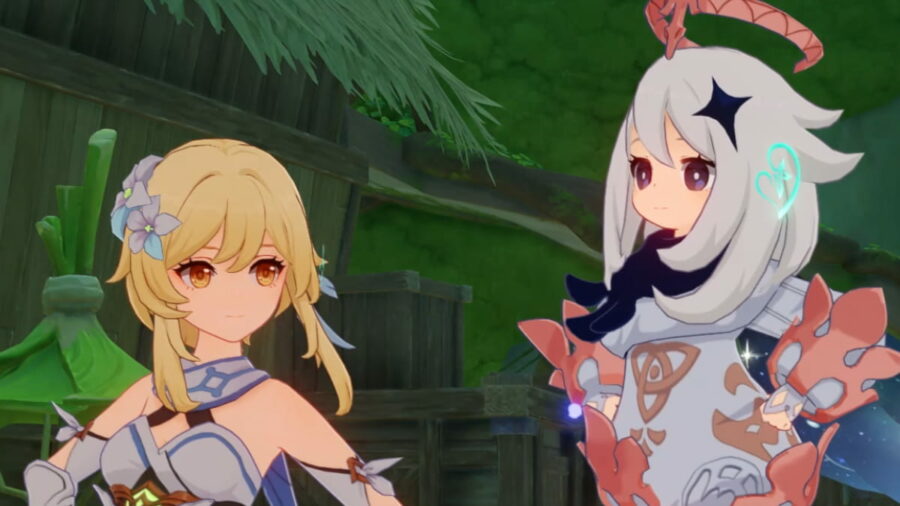 Around Sumeru, you'll find a plethora of NPCs wearing strange earpieces akin to a modern-day Bluetooth headphones—but the device is actually a remnant of the past. The strange earpiece is called an Akasha Terminal, which was created to honor the legacy of the previous Dendro Archon, Greater Lord Rukkhadevata.

What is the Akasha Terminal in Genshin Impact?

Greater Lord Rukkhadevata was known to have a direct connection to the Irminsul, a white tree that is connected to the Ley Lines of the world. As such, the tree is known to be the root of all knowledge, which consolidates information across all Ley Lines. The Akasha System was presumably in place during Greater Lord Rukkhadevata's reign, but the way it functioned and distributed information to Sumeru's citizens is unknown.

However, when Greater Lord Rukkhadevata fell during the cataclysm, the sages of Sumeru lost access to the Akasha. To continue her legacy, they created the new Akasha System, which distributes knowledge directly from the Irminsul to everyone in Sumeru through a device called the Akasha Terminal. This gadget was once exclusively used by locals, but everyone who visits Sumeru City is now provided one—including the Traveler and Paimon.

How does the Akasha Terminal work in Genshin Impact?

The Akasha Terminal is a device that connects users to the Akasha System, a database that stores and distributes information, just like the internet. If you're wearing this gadget, you can think about something you want to know and instantly get the knowledge you need. However, the Akasha System does not treat everyone equally. People of higher status who have gained various forms of merit are more likely to have access to a wider breadth of information. For instance, if a sage and a child were to ask the Akasha System the same question, the Terminal may have sparse or no information for the child but may offer the sage a significant amount of knowledge.

The Akasha Terminal can only be used within Sumeru but is particularly potent in crowded places, such as Sumeru City and Port Ormos. As such, you're likely to get better quality information when using the gadget in these areas, versus a secluded place like the Apam Woods. The gadget can be removed at any time.

Additionally, while Akasha Terminal generally distributes knowledge from the Akasha System, there is a way to bypass this rule. In the black market, you can purchase Knowledge Capsules, which store Canned Knowledge. You can gain whatever knowledge is stored within these items without having to draw a connection with the Akasha System. They are illegal to purchase, but Dori is a known supplier.

Related: How to complete the Drusus Riddle Sumeru City bulletin board puzzle in Genshin Impact

How is the Akasha Terminal being misused in Genshin Impact?

The Sumeru Archon quest touches on how the sages are misusing the Akasha Terminals to harvest dreams from Sumeru's people, hence why they do not dream. Their ultimate goal seems to be to consolidate the knowledge of all the nation of wisdom's residents, creating a massive brain with a currently-unknown purpose.

Other applications of the Akasha Terminal in Genshin Impact

The current Dendro Archon, Lesser Lord Kusanali, is known as the world's first Akasha Terminal. As such, she has the ability to enter anyone's mind, as long as the target is wearing an Akasha Terminal, essentially possessing them. However, being a kind soul, Kusanali refuses to enter the minds of living beings, choosing only to possess robots, such as Katheryne.

Check out our guide on How to solve all Contemplation & Association questions in the Genshin Impact Sumeru Archon Quest to help you progress in the main story.

What are the ear pieces worn by Sumeru NPCs in Genshin Impact?