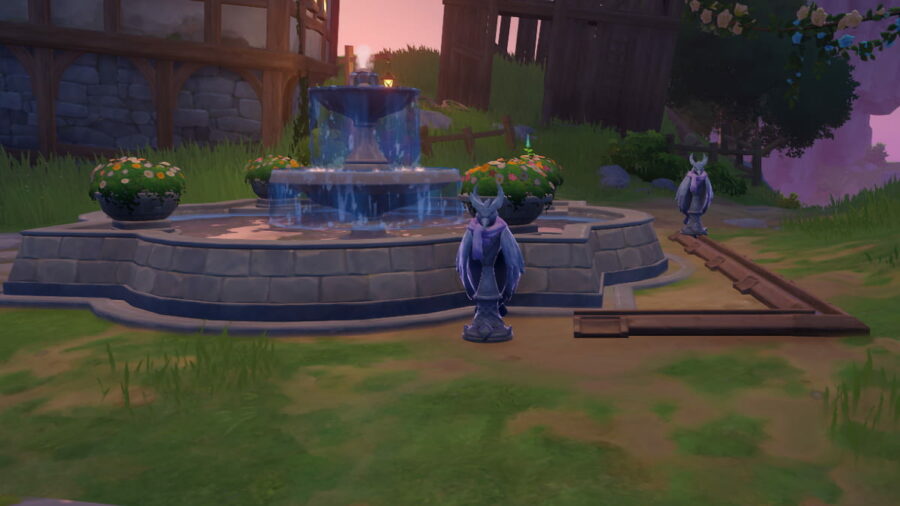 The Golden Apple Archipelago is back for Genshin Impact's Summertime Odyssey event, which runs from July 15, 2022, to Aug. 24, 2022. During this period, you can interact with Night Raven Statues that live in the Immernachtreich, which unlocks after completing all three parts of Fischl's Event Quest, Immernachtreich Apokalypse.

In the transformed Twinning Isle, you'll find plenty of Hidden Exploration Objectives from Night Raven Statues. One involves giving Night Raven Rameo a little push so that he can finally get together with Juliette. Read on how to locate and solve the puzzle to get a Common Chest reward.

Head to the area circled in the image above to find a clearing with a fountain and two Night Raven Statues. Speak to the Night Raven at the back (Rameo), then speak with the one in front (Juliette) in any order. After that, interact with Rameo again to push him toward Juliette. He will confess his love for her, ending this segment. Next, you need to relog your game.

Log back in—from the fountain, go down the stairs to see a group of Night Ravens huddled together. Interact with the middle one (Juliette) to hear about how Rameo has been roped into a battle with Hilichurls.

Next, head to the area circled in the image above to find an Elevator. Use it to go up. Then, from the top of the Elevator, glide down to the tunnel under it and keep your eyes peeled for a small light where the rocky part of the tunnel starts (circled above). There's a small crevice that you can enter to find Rameo, Hilichurls and a Cryo Abyss Mage, and a locked Common Chest. Defeat the enemies to unlock the Common Chest, then speak with Rameo to complete the Hidden Exploration Objective.

For more Hidden Exploration Objectives, check out our guide on How to find and complete the Old Maintenance Raven Elevator puzzle in the Twinning Isle in Genshin Impact.