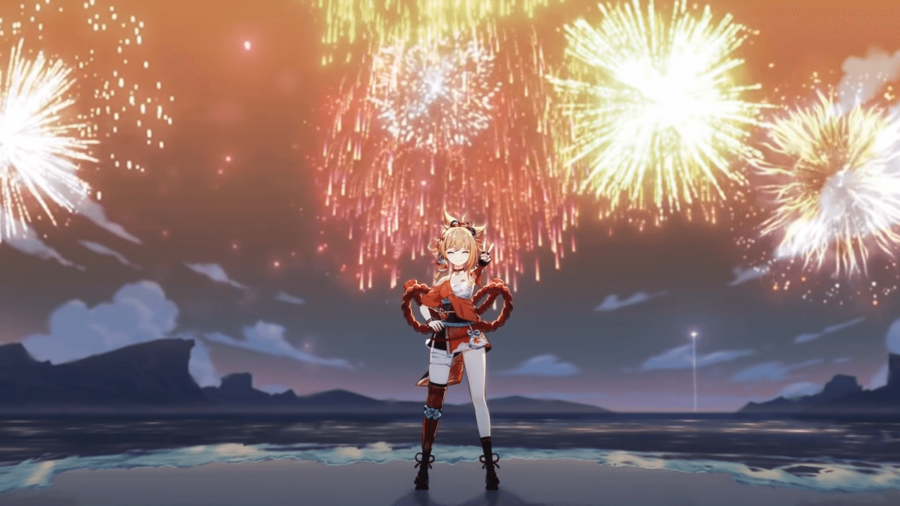 On your arrival, speak to Cloud Retainer, and they'll show you a new cooking device, but their Bamboo Shoots have been stolen, and you need to use this new device to retrieve them. The game tells you to follow the aura, but it's very easily missed.

Related: Who is the Voice Actress for Sangonomiya Kokomi in Genshin Impact?

Look at the middle pot out of the three, and you'll notice some wind emanate from it, flowing in a particular direction. This is the aura you need to follow, but it's easily mistaken for a generic bit of wind. Use your glider and follow where the wind aura is going. Eventually, you'll see the culprits, a few Anemo Slimes.

As soon as you attack them, they will float away. You need to follow and land on a platform ahead of them to shoot them with a ranged attack. One hit from an arrow from a bow user, and you retrieve the bamboo shoots.

Be sure to check out all of our Genshin Impact coverage on the PGG homepage! I