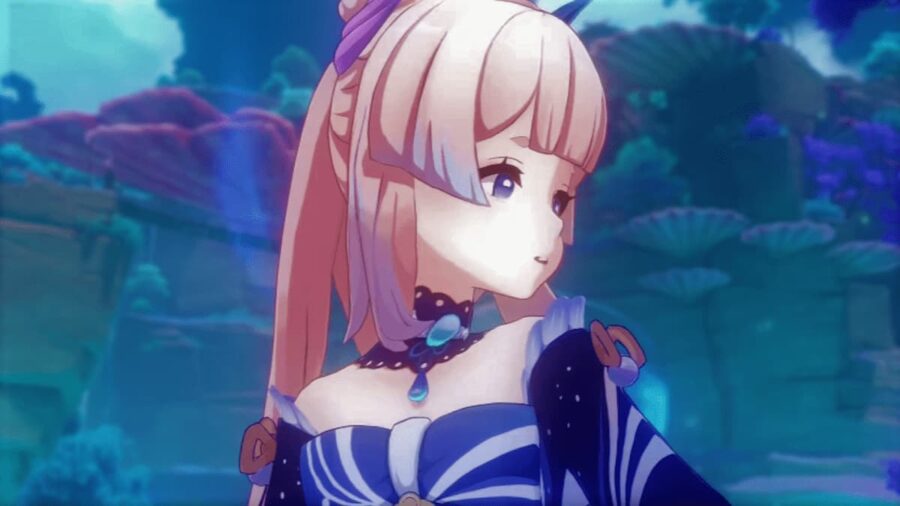 For those who are lucky enough to come across Kokomi's banner when it becomes available, players will need to spend their Primogems and Fates to get the character. Check out our guide on some possible builds to try on the character once obtained.

For fans wondering who voices the Queen of the Tides and where they may have heard these voices before, check out our guide on Kokomi's English, Japanese, and Korean voice actresses.

The English voice actress for Kokomi is Risa Mei. Players may have heard Risa's voice acting in a few anime series, such as World Party, Tilly, or in Shadows House, Rum and Shirley. Risa Mei also voices Cillia in Kami-tachi ni Hirowareta Otoko. She now brings excellent life to Kokomi, as she has for the rest of her characters.

Suzuko Mimori is the Japanese voice actress for Kokomi. Her name may seem a bit more familiar to fans, as she notably voiced Umi Sonoda from the hit anime and rhythm game Love Live! and Hiyoko Saionji from Daganronpa 2: Goodbye Despair.

Kokomi's Korean voice actress is Yeo Yun-mi, who has performed in many Korean dramas and has won numerous awards for her astounding work as an actress in With a Girl of Black Soil.

Be sure to check out all of our Genshin Impact coverage on the PGG homepage! In the meantime, take a look at our guide on How to use Elemental Sight in Genshin Impact and our list of Genshin Impact Codes (September 2021) – Redeem for Free Rewards!