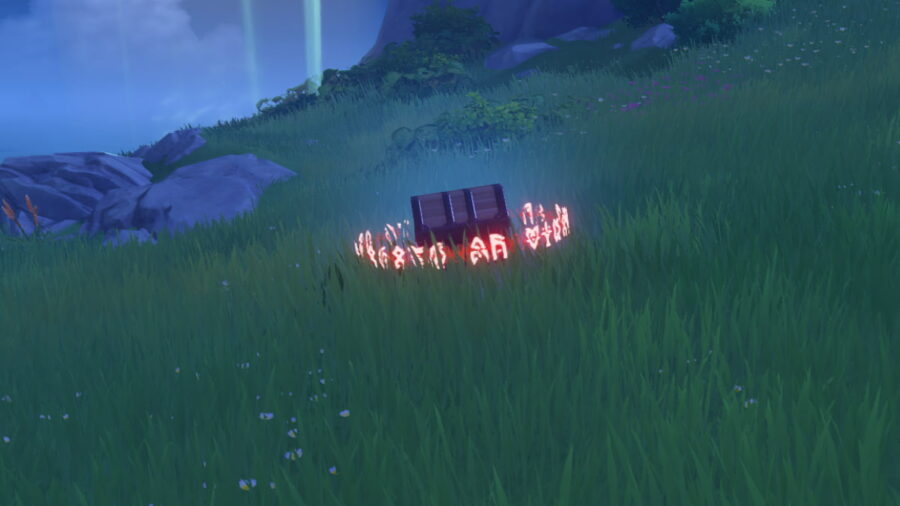 The Golden Apple Archipelago is back for Genshin Impact's Summertime Odyssey event, which runs from July 15, 2022, to Aug. 24, 2022. During this period, you can loot a ton of limited-time Chests by solving puzzles in the summer islands.

In the present version of the Minacious Isle, you'll find a locked Exquisite Chest that you can only unlock after completing the quest segment of The Ancient Azure Stars. You can then use the Place in Water function to switch between the past and present versions of the island.

Related: How to solve the Astral puzzle northwest of the present Minacious Isle in Genshin Impact

To unlock the Exquisite Chest, you first need to change the weather on the island. Head to the area circled in the image above and apply Cryo onto the Cryo Monument to create foggy weather. This will remove all wind currents in the area but will spawn purple animals called Dream Forms.

Be careful—if you approach a Dream Form near the Chest, it will move again. Additionally, you may want to keep your eyes on the shoreline if you can't find the squirrel, as it teleports around that area. Once all three Dream Forms are standing beside the Exquisite Chest, it will unlock for you to loot.

While you're in the Cryo Monument's location, solve another puzzle by checking out our guide on How to solve the Astral puzzle beside Elemental Monuments in the Minacious Isle in Genshin Impact.